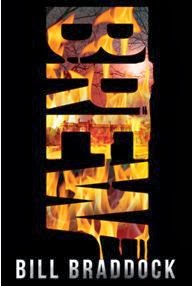 In the Pennsylvania town of College Heights, things start off typical one Saturday night: the football fans are celebrating a win, the partiers are filling up the local bars, and it seems every college student is on a mission to get drunk and have sex...and the beer of choice is a local microbrew called Cougar Beer, or "Cougar Piss" as the locals call it. But it seems a slightly disgruntled chemistry student has used an environmental activist group to unknowingly plop his deadly concotion into the town's beer supply. And within a short period of time, College point goes from party town to hell town, as the thousands affected by the beer begin to go on sexual and murderous rampages, raping, killing, and even eating their victims.

Welcome to Bill Braddock's debut novel, which follows likeable drug dealer Steve and his new, tough girlfriend Cat as they fight to survive this night of utter chaos. There's also an older black man named Demetrius who is trying to bring back help to his friends trapped in one of the wings of the college. And then there's Herbert Weston, the lunatic responsible for the whole mess who sets up shop atop the college and takes shots at both infected and non-infected alike as he takes out his self-righteous revenge while tormenting a low-level pornographer named Joel.

BREW (which reminded me a lot of Richard Laymon's classic novel ONE RAINY NIGHT) keeps the apocalyptic-goodness contained to a small town, but the suspense level and sense of impending doom come through on every page. The violence gets extreme and the action is nearly non-stop, yet Braddock manages to craft some memorable characters, several of whom I hated to see go. The book (and the chaos) ends a bit quickly, but considering how rapidly things happen from the first page, I doubt anyone will mind.
If you like your horror fast, furious, and as gory/violent as it gets, definitely grab this BREW. But you may think twice before partaking of a local beer again... 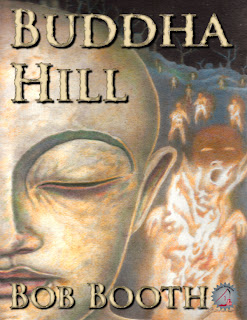 Part of the Necon Novellas series, Bob Booth’s BUDDHA HILL tells the story of a young man serving in Vietnam. Just outside the base where the main character is stationed lies Buddha Hill, an old cemetery and abandoned monastery of the Cult of Kali, which is believed to be haunted. The young soldier and his superior, Peranzzi, discover the remains of a mutilated dog soldier—they patrol with dogs—after a strange series of events. The men are sent to Saigon on leave, where they witness a Buddhist monk immolate himself in protest of the war. After they return, the base comes under attack by something that is not alive, but not entirely dead. The young soldier races into the nearby village in hopes of stopping the attack, but can he?

Zombies lie at the supernatural heart of BUDDHA HILL but it is so much more than a zombie story. Having served in Vietnam himself, Booth takes us through the difficulties of a green soldier arriving in a warzone for the first time. He does so in such a way that allows the reader to almost feel the heat that our characters feel, and smell the same stench. It is a story about deep belief and what the peaceful Buddhist monks would do to try and stop a war that killed tens of thousands of people on both sides. The scene involving the monk who immolates himself in protest is disturbing but goes to the motivations of what happens later on. BUDDHA HILL is an excellent read that I highly recommend, with a fantastic introduction by Weston Ochse, who is also a member of the military serving overseas. 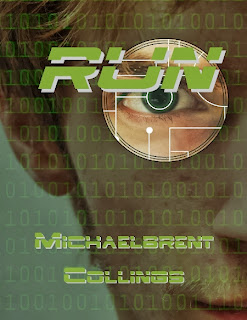 How about a tense and intense scary sci-fi chiller/thriller that deftly juggles elements of WESTWORLD, THE MATRIX, THE TERMINATOR, THE TRUMAN SHOW, Dean Koontz’ LIGHTING, Stepford, dystopian madness, conspiratorial dread, and small-town horror all at once?

Yes please! That’s this book, one hell of a juggling act of epic what-IS-reality scope while maintaining a very personal close-up on the terrors of self-discovery and one’s own humanity … or possible inhumanity. Who can you trust? What can you believe? When your own senses, your own memories, and even your own thoughts are suspect?

At age six, John witnesses his father’s murder and is nearly killed himself by someone he can only think of as Skunk Man. Decades later, in the hellish midst of a military operation, he sees the same man again, seemingly unchanged … and watches him die. Impossible as that was to begin with, it therefore is even more impossible when Skunk Man, still unchanged, reappears as the father of one of his new students.

Something is going on, something inexplicable and sinister. As John tries to investigate, he finds his own friends and neighbors behaving in odd ways, turning against him. His only island of normalcy is Fran, new to town and starting her life over … but Fran’s had her own run-ins with strange experiences, including an encounter with Skunk Man.

Soon, it’s the two of them on the run (hence the title), pursued by determined assassins, helped by unknown allies, betrayed by those closest to them, in a desperate life-or-death battle … except, that life-or-death line has gone askew, because those who SHOULD be dead have developed this unsettling way of getting back up …

RUN is a winner, as fast-paced as it should be, cinematic and gripping, lots of fun but with moments of poignancy and disturbing paranoia. I can’t say too much more because they might be listening – I mean, because, no spoilers! – so, get this one and find out the rest for yourself!