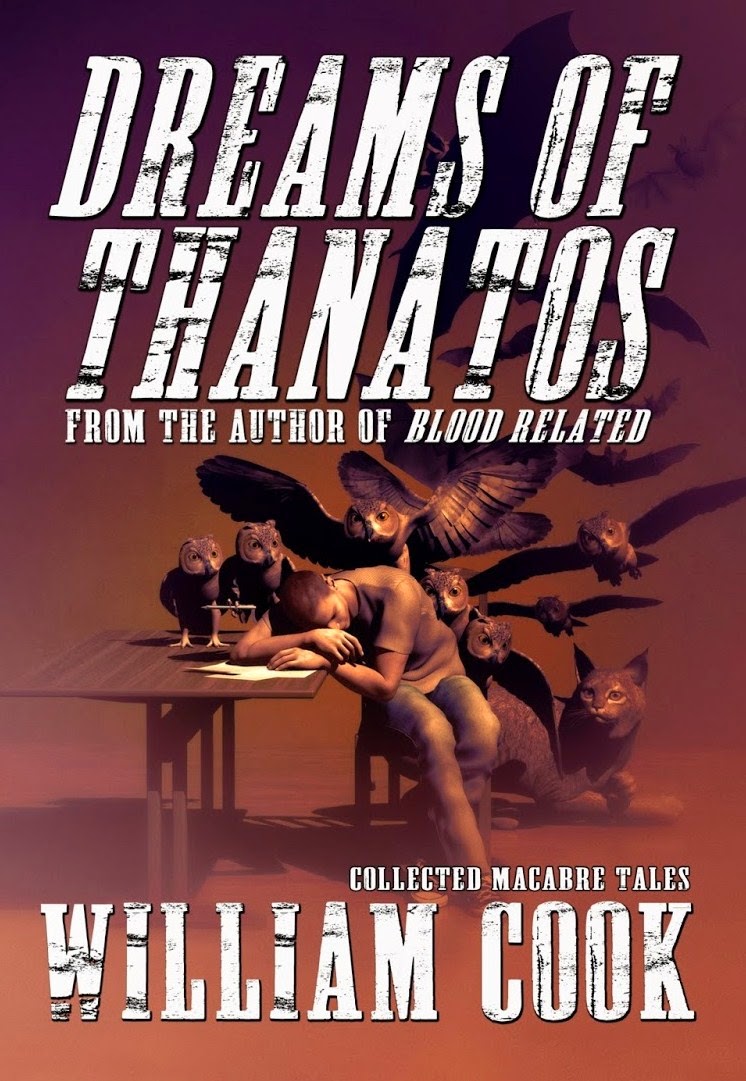 This collection of fifteen tales displays a wide range of weirdness, from the everyday to the unearthly.

A few common themes weave their way through, primarily the all-too-real horrors that come with abuse, neglect, drugs, madness and human cruelty. Those ones are often difficult to read; a lot of bad parents and partners doing very, very bad things.

Others take a side trip into the ghostly and beyond, with hauntings and possessions and the even more inexplicable.

My favorites of the bunch include:

“The Reader,” in which a new dad’s new obsession combines with his wife’s postpartum depression to have insidious, awful results for the whole family.

“’Til Death Do Us Part” is the ultimate love story and then some, when a husband is determined to keep his marriage together by whatever means necessary.

“Dead And Buried” and “Blinded By The Light” start off with some striking similarities and then diverge off in vastly different directions. To be honest the opening lines of “Blinded” hit one of my personal squick buttons so hard I almost skipped it, but I soldiered on through the whole gruesome finale. “Buried” takes some surprising twists on its way to some satisfying revenge.

“Aspects of Infinity” is … hard to describe … a surreal journey, beautiful and dark, creepy and profound … after multiple readings I’m still not a hundred percent sure what it meant but bits of it keep not wanting to leave my mind. 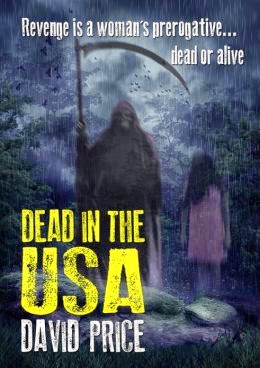 After going out clubbing with her roommates, Kim gives her number to one of the dancers at a male strip club where they end the evening. He calls shortly after she gets home, and she invites him over. But unfortunately, the stripper turns out to be The Scalper, a serial killer who has been murdering young women and taking their scalps as a souvenir.

But Kim finds herself "alive" in the afterlife, looking at her dead body and watching the killer escape on a motorcycle as her roomates discover her body.

Before long, two cops are on the case, and Kim manages to communicate with one of the officers as well as one of the members of a reality TV show crew who have been assinged to accompany the cops.

Despite the novella's title, this is a ghost story that reminded me somewhat of the short-lived comic book series iZOMBIE (which featured a ghost character); Kim is on a Grim Reaper-approved vengeance streak, and does all she can to communicate with the living. I found some scenes quite funny (the killer is a Bruce Springsteen fan, and the title itself is a spoof on one of his hits), and while everything happens quite quickly (including our "human" characters accepting --perhaps a bit too easily -- the fact they are being contacted by a spirit), DEAD IN THE USA is a fun little tale that should appeal to fans of quirky ghost stories and Boston locations. 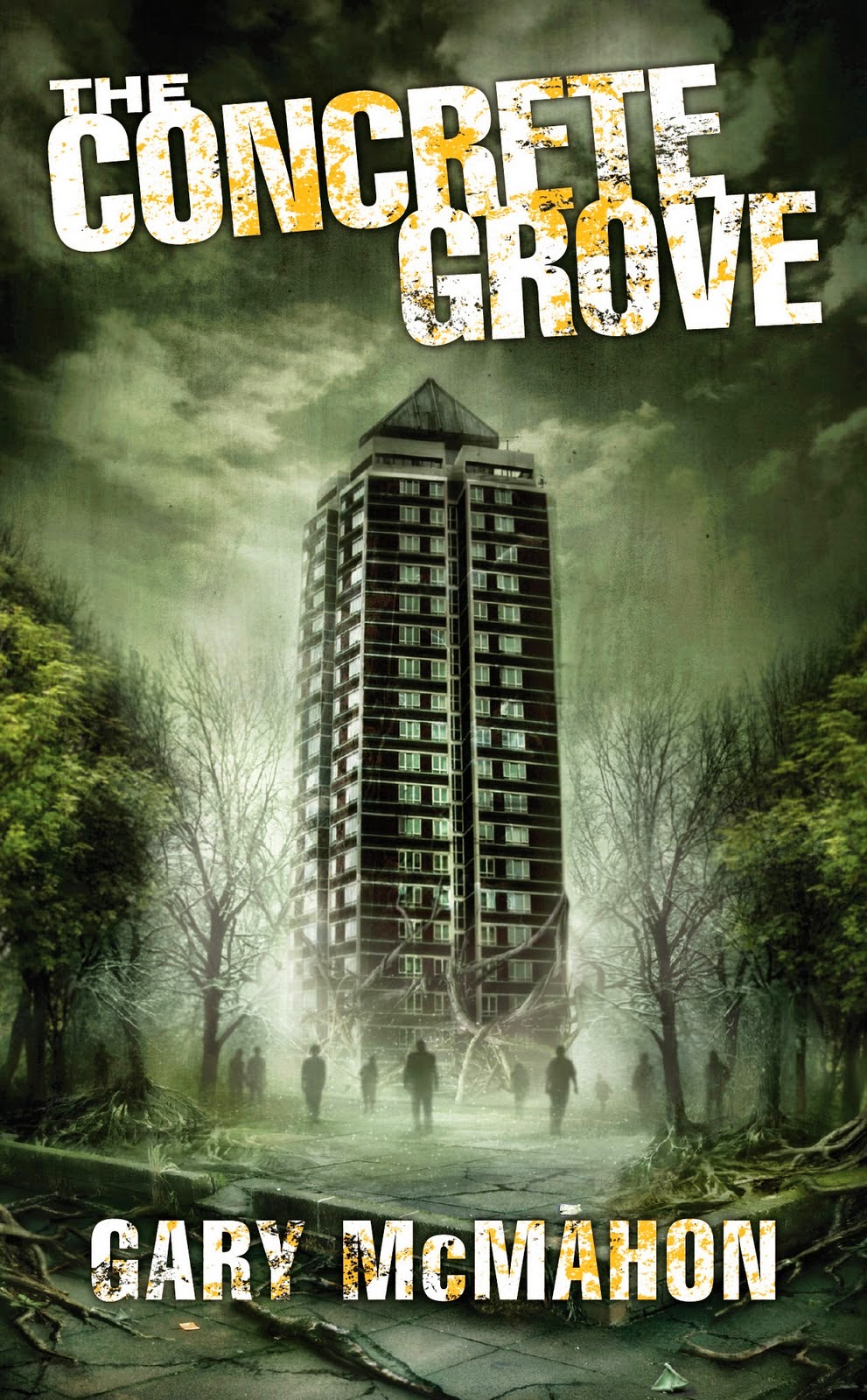 “Estate” is one of those words that can have very different meanings depending on location and perspective. To your typical American, it’s something associated with wealth and luxury, mansions, acreage, described with terms like ‘palatial.’ In England, as it took me until only a decade or so ago to understand, it’s something more like what I’d think of as housing projects, shabbiness, low incomes, and despair.

Let me tell you, it certainly shed that line in “Come Dancing” by the Kinks in a new light. As an 80’s teenager, I thought when he sang about how his sister was married and lived on an estate, she’d done really well for herself. Fantasy bubble burst, there.

Anyway! THE CONCRETE GROVE, serving as both title and setting for this book, is the English kind of estate, and a particularly grim, wretched one at that. Drugs, crime, poverty, squalor, and dilapidation predominate. It isn’t a place anybody wants to end up.

For widowed Lana, the situation quickly becomes all but unbearable. She’s deep in debt to the local loan shark, who is more than happy enough to send his goons around to send messages and make sinister threats. Even as sleazy loan sharks go, this one is abnormally twisted and cruel.

Lana’s teenage daughter Hailey seeks refuge and privacy at the abandoned old building known as the Needle, but what she finds is a remnant of a strange power far older, a power dating back to when the estate was a real grove. A power that latches onto her in ways she can’t begin to describe.

Meanwhile, from a nicer part of town, a man named Tom seeks his own forms of escape … escape from a marriage that has turned into an endless, dreary routine of caregiving and resentment. A chance good-Samaritan encounter with Hailey brings him into her and Lana’s lives, right as things take another turn for the weird.

The writing’s strong, the characters vivid – in some cases, almost too vivid, such nasty and horrible people! – and the scenes revealing more and more of the truth behind the Grove are spectacularly gorgeous and well-done. As the author has continued the series with at least two more books, I expect to be adding them to my reading list very soon!