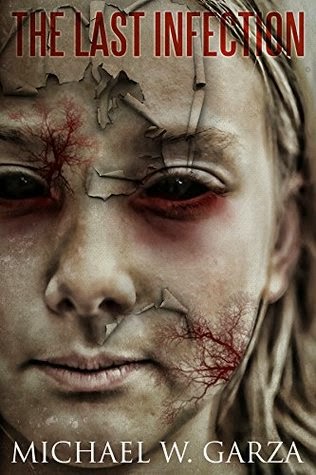 Fast zombies or slow zombies? It’s been one of the contentious hot-spots dividing the genre for many years now. Traditional rotting shamblers, or quick and agile mindless crazies?

Well, as the little girl in the taco commercials says, why not both? That’s the answer in the case of this book. The outbreak does turn ordinary people into blood-hungry maniacs who go on murderous rampages … but, once they die, they then become moaning animated corpses.

A dual threat, as it were, which only complicates matters further for the desperate and ever-outnumbered living. Who, of course, also face the usual obstacles of finding supplies and shelter, and keeping themselves safe not only from the crazy and the dead but from their fellow survivors.

I’m sorry to say I found this one pretty much standard just-another-zombie-book fare. There’s a lot of ‘tell’ rather than ‘show,’ so that reading it felt more like listening to someone talking about a book, movie, or game.

The plot is kind of the connect-the-dots, usual, hitting most of the typical marks along the way. The characters show occasional glimmers of potential but never really get the chance to shine, their actions and interactions not the most believable, and many of what are supposed to be the big emotional moments just kind of falling flat.

All in all, it’s okay, it’s a time-passer, but aside from the interesting twist with having both infected and zombies, it didn’t grab me. I’d give it a C+ 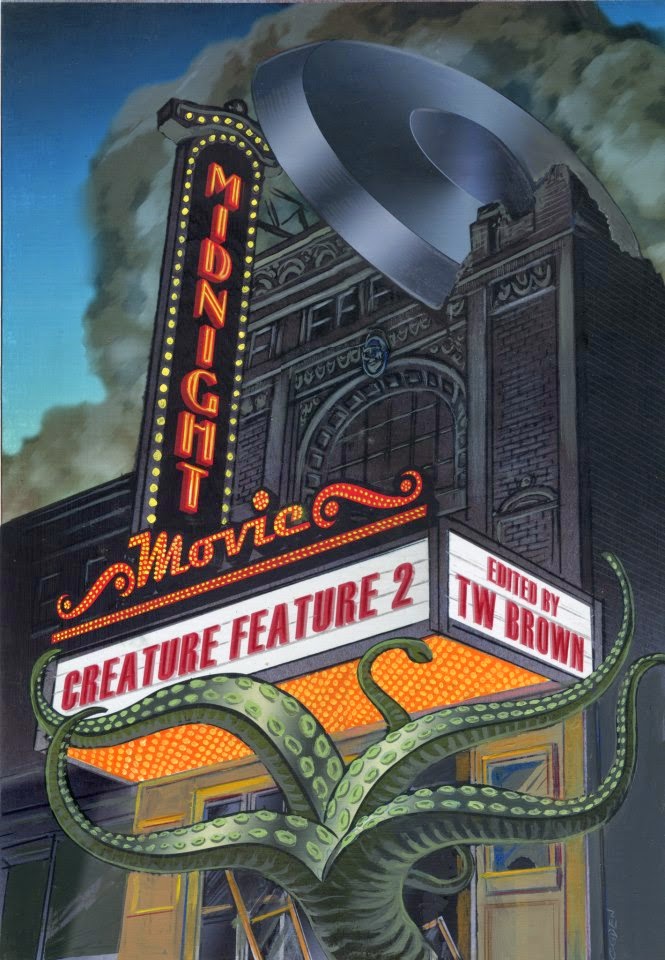 This anthology is a lot of things. It’s a horror anthology from a great press doing great things. It’s a collection of top notch stories written by a handful of brilliant authors. And, most importantly, it’s a trip down memory lane. Upon opening the book I was greeted by a motivational forward, TOC, and, get ready for it, it’s exciting… Ready? An admission for one, gold cinema ticket! I felt like I was gearing up for a trip to the classic Drive-in to watch the first showing of Mosquito. I took the ticket and ran with it straight to the couch, opened up the book, and left behind the bucket of popcorn and buzzing proboscis because I didn’t want the pages to get greasy.

There were more than a handful of standout stories I enjoyed. Some of my favorites were, “Dark Water” by Lillian Csernica, a gripping tale based around a glass of scotch, love, and family in an emotional rollercoaster that takes place by the sea. “Barry the Basement Bear” by Stuart Conover, a story about an abusive, drunk father and a child’s need for his best friend, who just happens to be his stuffed teddy, Barry. Barry has obsidian button eyes and an ivory smile. He comforts the main character throughout the beginning stages of becoming a foster child, until it’s time to let go. “The Blood Red Ruby” by D. Alan Lewis, is an action-packed tale that picks up where Film Noir left off, adding depth and horror into a great vintage pulp setting. You know, it’s 1929, we’re robbing banks, we’re getting the hot dame in the red dress, and having a first-hand encounter with death, the Grim Reaper, and a beast with razor sharp teeth.

With stories by Theric Jepson, Lillian Scernica, Stuart Conover, Chantal Boudreau, Matt Kurtz, EA Black, Tom Ribas, Suzi M, D Alan Lewis, Jill Behe, Elsa Carruthers, Jay Wilburn, and Michael James McFarland. We have this home run hitting, slam dunking, glass breaking and shattering in your face horror anthology that knocks it out of the park and is sure to make an impact on your psych just when you thought you were safe from the world outside. Oh, and don’t forget those giant pesky, blood-sucking mosquitoes! 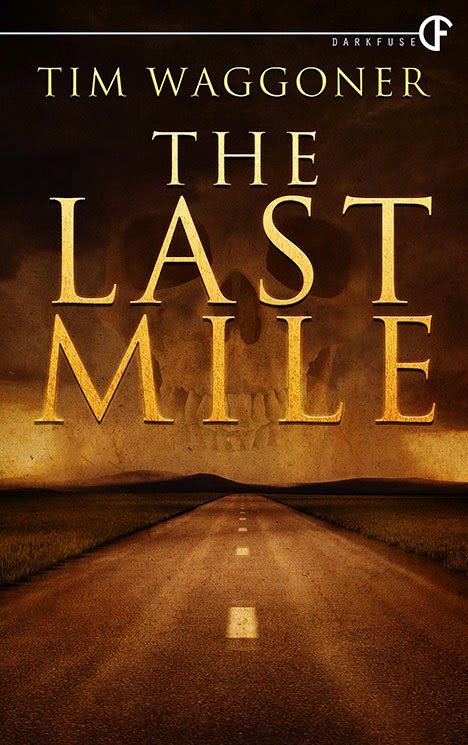 Alice wakes up hogtied in the backseat of a car. Dan, the driver, is bringing her to his Master, who is part of a supernatural race who has taken over the earth. Through then-and-now story telling, Waggoner reveals why Dan is doing this, and while it's never quite clear who these beings are, it's safe to say they're more Lovecraftian in nature than alien (at least in light of what they expect from their human servants).

While some readers might be turned off by a few unanswered questions, I found leaving these out gave the tale a spookier edge. Waggoner paints an incredibly dark future full of mystery, monsters, and people who will do whatever is necessary to protect their families.

Another fine offering from the DarkFuse novella series. 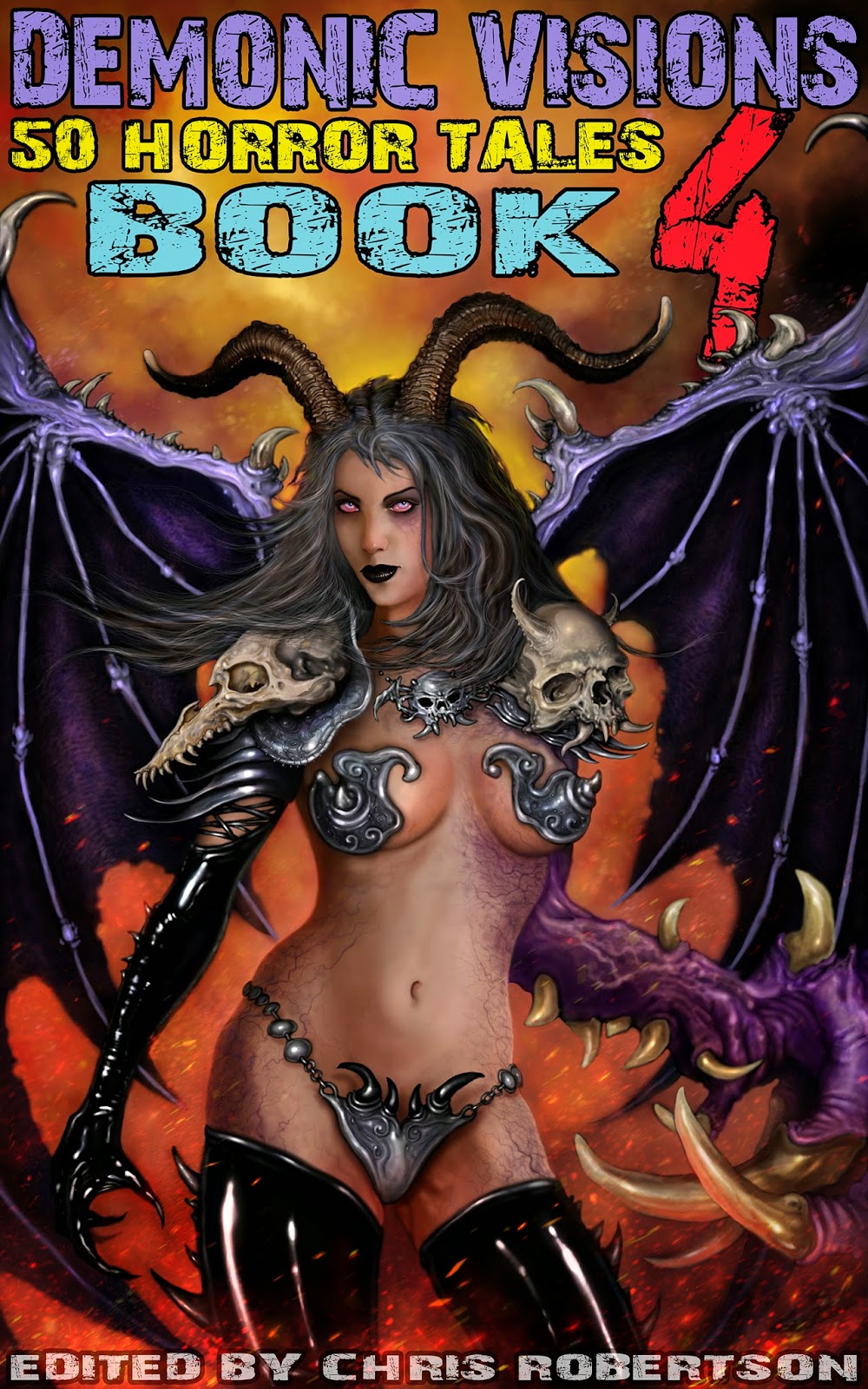 Fifty stories! There are fifty fun-size stories in this book, like a sweet Halloween trick-or-treat haul!

And, like with a sweet trick-or-treat haul, there’ll always be some that aren’t to your own particular individual tastes … into every plastic pumpkin, a few Almond Joys must fall, hey, it happens. And some people like coconut anyway. At least there’s no snack-packs of raisins, or worse, sample-size dental floss.

I know, I know, here it is only August, but I’ve got Halloween on the brain. Don’t we all? The stuff’s already showing up in stores, and unlike other holidays, for this one we say aw yeah bring it!

However, I digress. I’ve got an anthology to tell you about, and while I could list all the goodies, for space and sanity’s sake I will hit the highlights … my personal equivalents of the Snickers, Twix and Reese’s.

“Twelve Volt Existence” by Adam Millard starts things off with a zinging look at an all-too-plausible future scenario.

Maggie Carroll’s “Falling Like Flies” would be the candy equivalent of a stealth Tootsie Pop, where you start off expecting one thing and get a delicious surprise at the end, while “Something’s Wrong With Ethan” by Doug Robbins is a nice little wafer-thin mint that packs a chilling wallop.

Any sense of “Apt Pupil” déjà vu you might experience while reading Arran McDermott’s “The Protégé” is only to lull you into a false sense of familiarity before flipping the tables.

The opening line of Shaun Avery’s “Apology Addicts” – I guess it was as I was sawing the little kid’s arm off that I realized how far things had gone – is all the hook anybody should need.

R.L. Ugolini’s “The Change” is a fun, well-written tale of a couple whose relationship is falling apart in more ways than one, while “Walk a Mile” by Shenoa Carroll-Bradd shows us a warm scene of family togetherness.

And then, just when you think you’ve polished off the entire contents of the plastic pumpkin, you might find one extra final treat waiting at the very end!