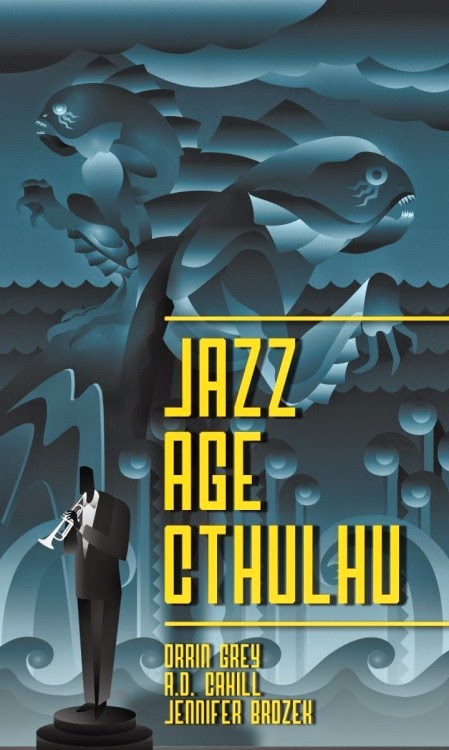 The intro to this snazzy little number mentions the odd comparative rarity of the novella these days, which is a shame because some things should never go out of style. Books like this give good reasons why, three good reasons from three fine writers.

“Dreams of a Thousand Young” by Jennifer Brozek kicks it off strong, as a very proper British heiress living abroad in Assam wakes to find a strange man in her room. Dead. Bloody. And herself naked, with suspicious bruises but no memory of the preceding events. What follows is a delicate balancing act of trying to preserve her reputation while uncovering the truth. As the mystery unravels, she finds herself drawn into a conspiracy of cults, sex, murder and dark magic.

Next up is Orrin Grey’s “The Lesser Keys,” shifting the scene to a hoppin’ and happenin’ roadhouse outside of Kansas City. A Chicago club owner has sent an envoy to try and recruit the band, but the envoy suspects it’s going to be a lot more challenging than just making the better monetary offer. Meanwhile, a young lady searching for her missing brother finds the trail leads to the same roadhouse, and that whatever weirdness is going on there is about to hit its peak.

“Pomptina Sum” by A.D. Cahill wraps things up with a trip to Italy, as a grifter assumes a new identity to try his luck finding patrons among the wealthy of a quaint little island. He soon discovers that he not only has competition, but that the island and its inhabitants are not at all what they seem. Forget maintaining his cover; he’ll be lucky to escape with his life … not to mention his sanity and soul.

All three are gripping, well-done reads. Besides, I enjoy themed anthologies, I enjoy Lovecraftian tales, and I enjoy the era in question … that’s three MORE reasons. If that’s not enough, well then, I don’t know what else to tell ya. 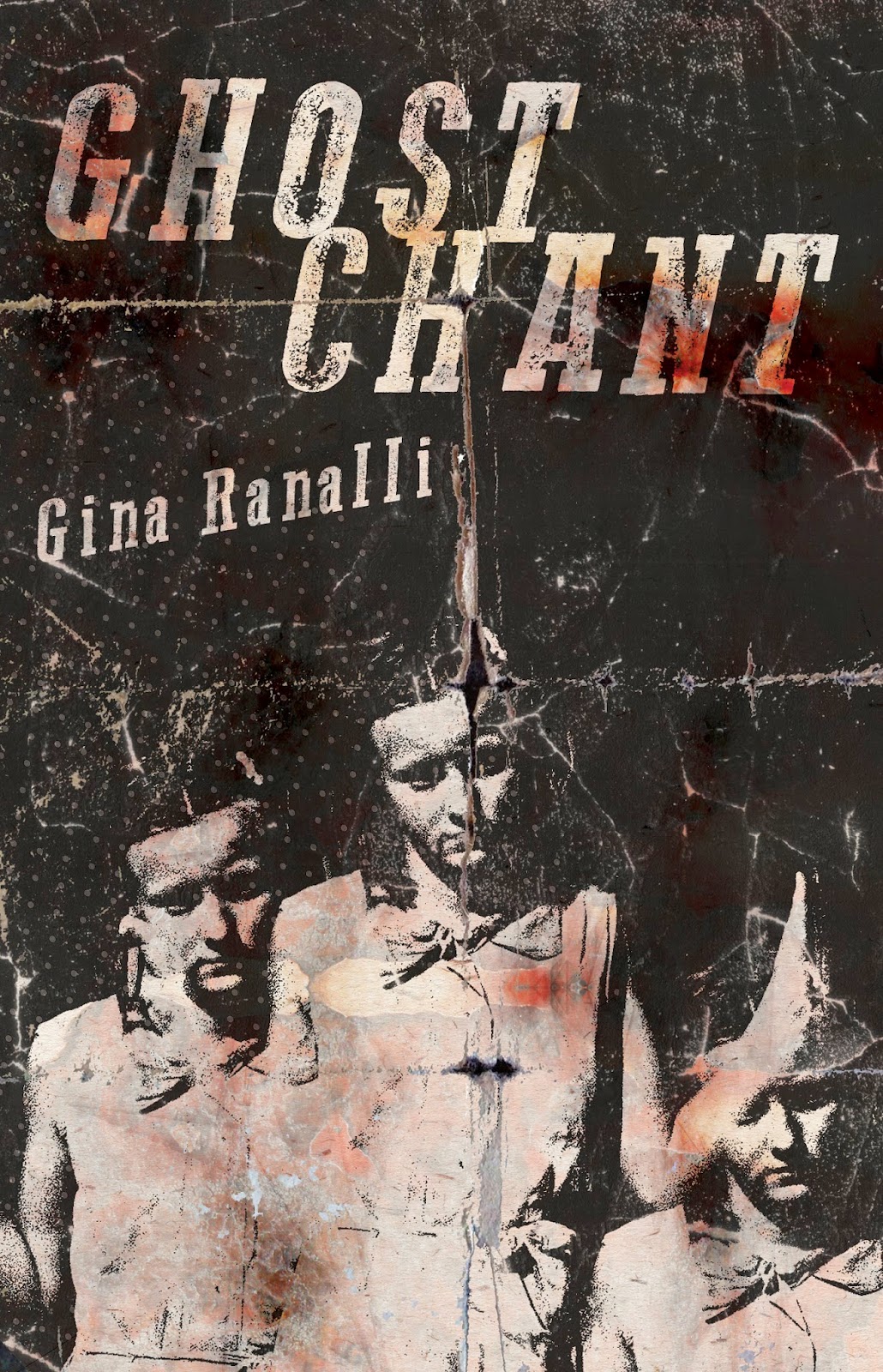 Despite having a new boyfriend, Cherie Drew is still mourning the death of her husband. She's also having issues with a little girl named Maggie who lives across the street. It seems Maggie likes to play in her yard and doesn't respond when Cherie tries to talk to her. One night while alone in the house, Cherie even finds Maggie hanging out in her basement, and events begin to snowball that Cherie could've never forseen.

A spooky study of a woman dealing with grief and inner demons, of dark family secrets and paranoia, GHOST CHANT is a quick, intense, and satisfying journey into human darkness that I consumed in one sitting. 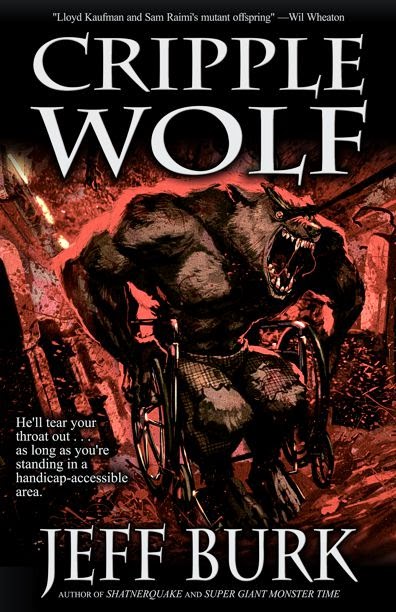 A bit late to the party on this one, as I piceked it up at the most recent BizarroCon in my ongoing effort to complete my library. An impossible goal, perhaps, but a worthy one I’m enjoying for its own sake. Jeff Burk’s energy and enthusiasm comes across in everything he does, so his writing is no different.

This collection of tales is just fun throughout, swirling weirdness and horror and humor into unexpected (and sometimes inappropriate, even better!) combinations.

For instance, cherished holiday cartoon/carol memories will be forever tarnished by “Frosty and the Full Monty,” in which a certain happy jolly soul ends up down on his luck and having to resort to desperate measures. Pure as the driven snow? Not so much, anymore.

Or witness the title story, which seems simultaneously shocking in its political incorrect offensiveness, but also … well … a good point really, something to think about … what WOULD happen if a paraplegic contracted lycanthropy? On a transoceanic red-eye flight during the full moon? With a planeful of fetishists, kinksters and punks?

I particularly got a kick out of “Cook For Your Life,” a dystopian futuristic take on cooking competition shows. It’s Iron Chef meets Battle Royale, with some clowns and robots and gorillas thrown in. Chefs aren’t just in it for prize money and bragging rights; grim fates await those who get eliminated each round! And as entertaining as the story itself is, you will NOT want to miss the commercial breaks!

The others in this book include the disturbing “House of Cats” (of all the things to choose as construction materials!), the funny-as-hell but also strangely touching “Punk Rock Nursing Home” (it could happen!), “Just Another Day in the Park” for a bit of surreal philosophizing, and “Adrift With Space Badgers” for (what else?) maddened and destructive badgers in space!

THE HORROR FICTION REVIEW WISHES YOU A HAPPY HOLIDAY SEASON AND A GREAT NEW YEAR. SEE YOU IN 2015...
Posted by Nick Cato at 5:17 PM