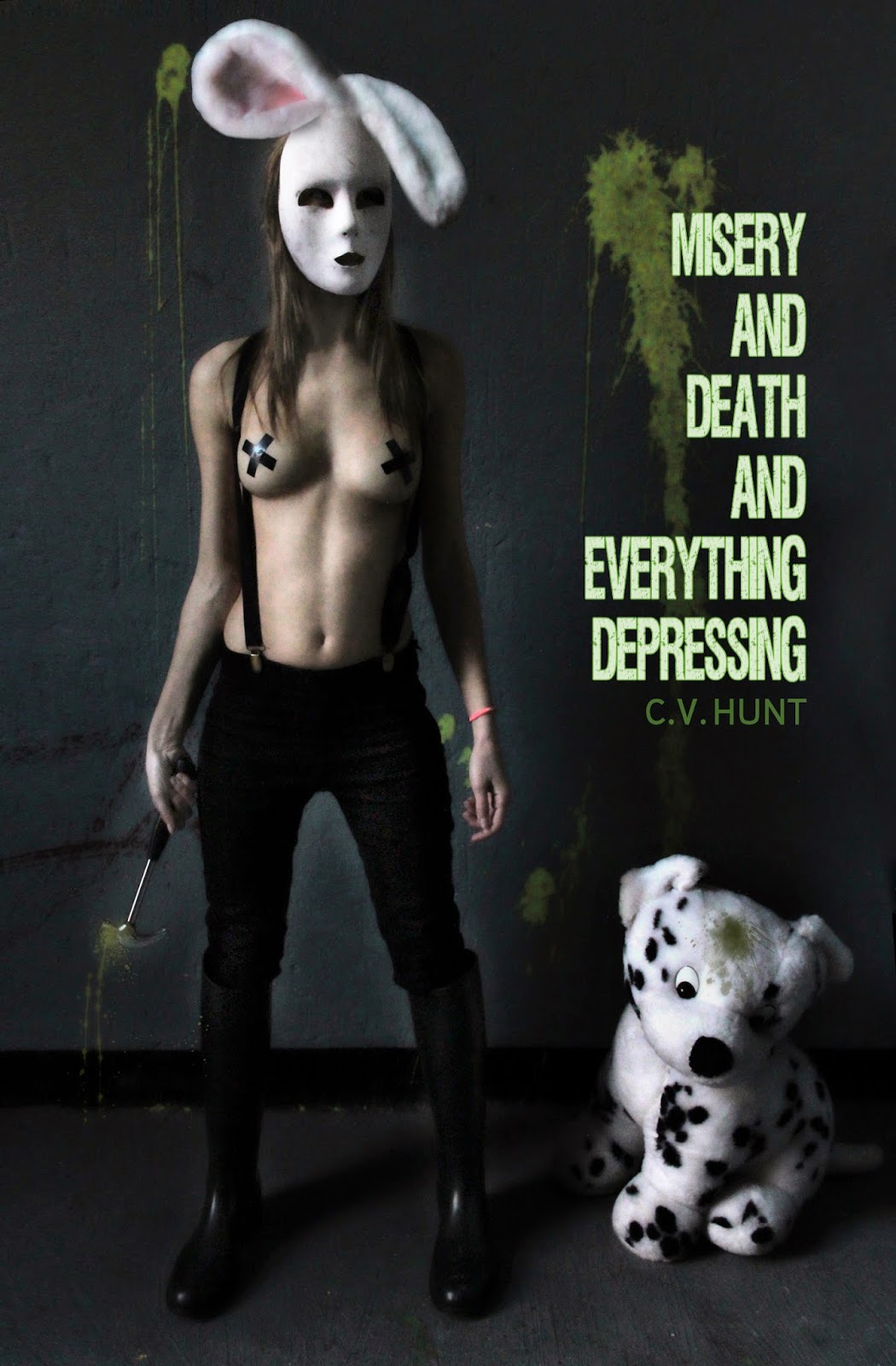 When an Author Starts their latest collection with a story titled 'To Say Mother Teresa Was Shocked When She Woke Up in Hell Would be an Understatement,' chances are you're in for an unusual time. What follows this brief, lurid opener are five tales written from (mainly) angst-filled angles.

In 'Last Woman on Earth,' our narrarator goes to extreme lengths to ensure her title, then 'The Quarry' is a crime-gone-wrong piece that turns into a classic EC Comics-styled horror yarn. 'No Room for a Child' is another solid horror story with (for this collection) a semi-positive conclusion.

'Baby Hater' is a wickedly fun tale I had previously read in chapbook form, but enjoyed it even more the second time.

'Human Contact' features a loner who discovers love in a way he never expected, and finally 'The Last Entry' shows us what might happen should half of a cojoined twin die.

Hunt's six tales deliver the spooky, the weird, and even the heartfelt, often in ways most readers won't see coming. 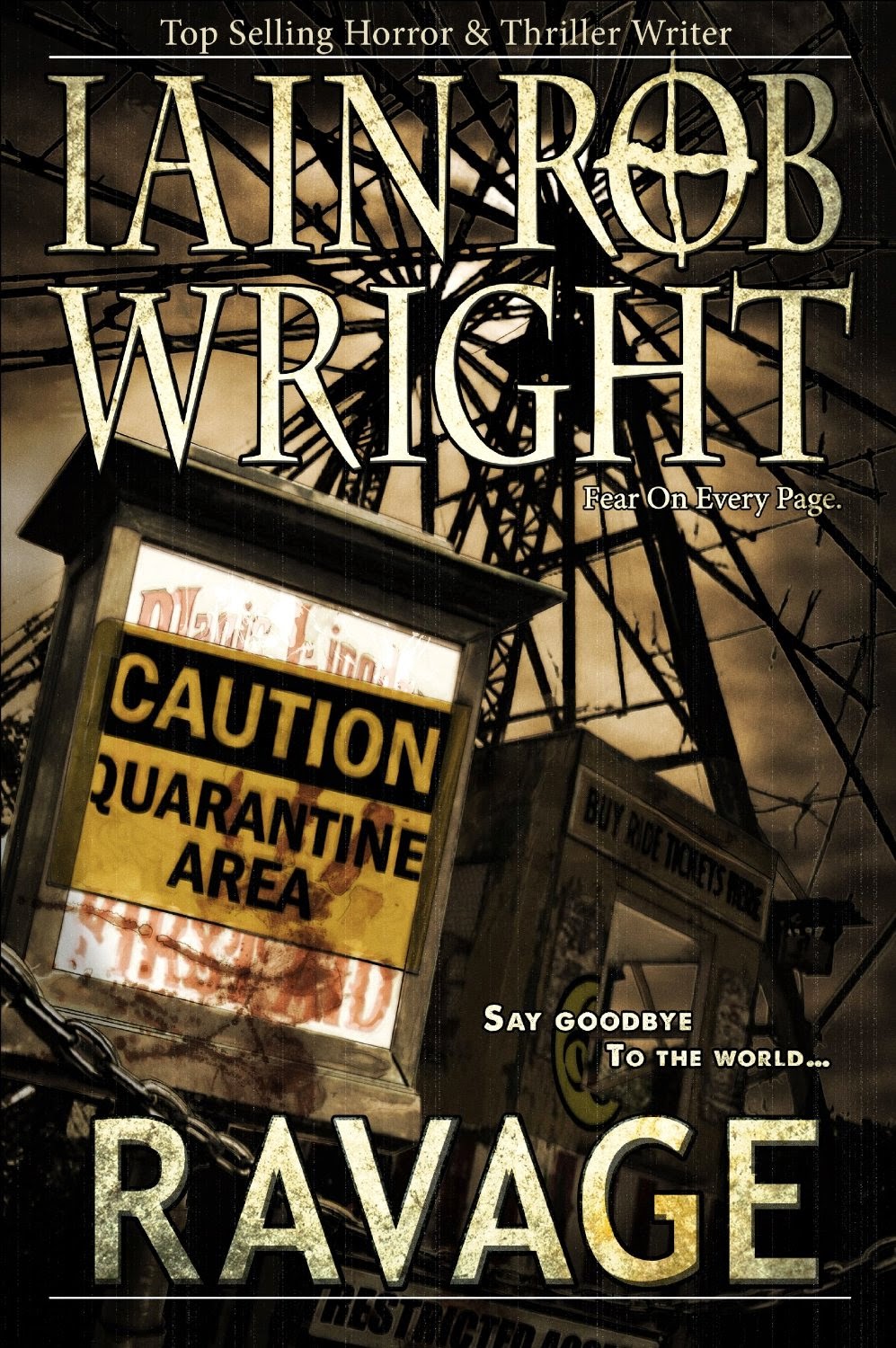 Iain Rob Wright destroys the world again! I like seeing someone do what they enjoy, and he must be having fun because he’s still going strong. His books so far have proved fast-paced rollicking reads, good crunchy entertainment

This time, it’s sudden-onset plague. Starts off simple enough, just a cold, maybe the flu, but before anybody knows what’s happening, everything’s being overrun by infected crazies who attack anybody, even their nearest and dearest. One moment, people are fine; the next thing you know, it’s a rampaging free-for-all.

One of these, Nick, is already having a crappy day at work. Sales are miserable, and then some sick guy wanders into the store … then, delirious, bites one of his co-workers. All Nick wants is to get home and spend a nice evening with his family. But, when he gets there, it’s to find a sick kid and a frazzled wife.

Naturally, things get worse from there. And fast. The infected aren’t just infected. Nick has to face some of the most terrible decisions anybody ever will. He ends up on the run with some other unaffected people, random folks who lucked into a bus driver headed anywhere but here.

Their ultimate destination, after some troubles along the way – and some additions and subtractions to their party – proves to be a little wooded mountaintop resort with hotel, amusement park, and modest zoo. (some of the absolute best, most touching, most wrenching scenes in the book involve the zoo’s orangutans, though that may also have to do with me being a sucker for animals)

Another group of refugees are there, including the hotel manager and the zoo’s vet. Of course, as in any season of Survivor, when the tribes merge, the personality clashes, politics and jockeying for position increase exponentially. Alliances shift, betrayals happen.

Some standard stuff, some unexpected stuff, but all in all I think this is one of my favorites yet from this author. 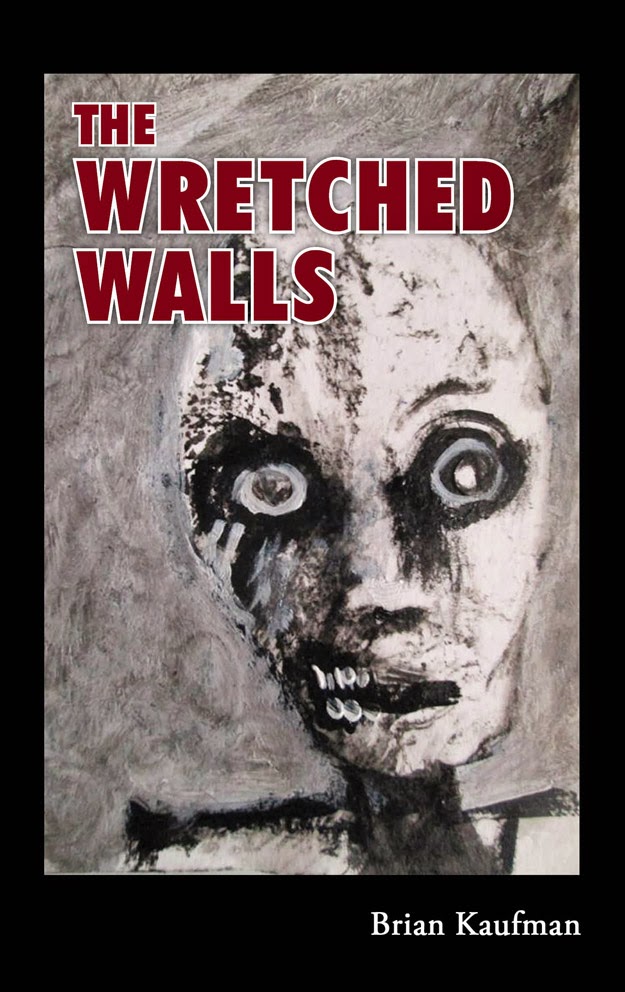 THE WRETCHED WALLS is as great of an adaption of vintage era pornography as it is a well-crafted modern day ghost story. The book keeps you on the edge of your seat at all times, leaving you left alone and dying to know what happens next as the mystery unravels just as fast as Garrett Jenkins’ life before his very own twisted eyes.

It all started with a Victorian home purchased for renovation. The Wretched Walls inside has just as much a story to tell as the protagonist in the story when he stumbles upon a box of nude photographs dated back to the 1920s and a dead squirrel with a shiny valuable stitched inside its rotting corpse, and the woman in the photographs looks just as familiar as she does dashing and entertaining, wearing leather and accompanied by vintage bondage gear and some of the first sex toys ever made. This house has history, man. Prohibition era alcohol and tobacco smuggling, family ties, failed relationships, abuse, all inside a once hopping “talk of the town” bordello with some of the finest girls around. It was one of the biggest, baddest, and most active of its time.

Garrett quickly becomes obsessed with the house and its story and his life begins to unravel at the seams when Molly breaks up with him, winter passes like it was yesterday, and everything falls apart as time appears to pass faster on the outside than it does on the inside, leaving the reader wondering what’s going to happen next, or if maybe the whole thing was just something he’d conjured up in his sick and demented head with his own imagination. 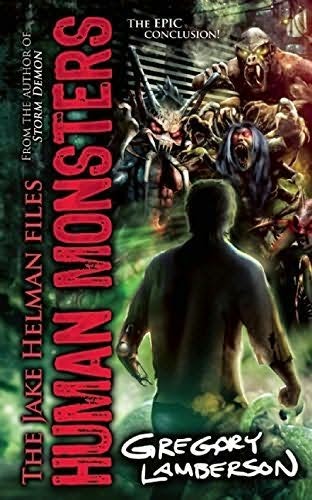 The sixth and final installment in Lamberson's Jake Helman series finds former NYPD detective-turned-PI up against a bioengineered clone of Nicholas Tower, the foe who nearly killed him back in the first book, PERSONAL DEMONS.

NYC is recovering from the destruction caused in the last novel by the STORM DEMON. Helman is temporarily living with girlfriend (and badass detective) Maria Vasquez in Queens, trying to recover from his battle with the weather-manipulating goddess. But it seems some shady characters Jake has killed are showing face again, and when his former secretary is found murdered, security footage shows the perp to be ... Jake Helman.

While "clone" stories can be tiring, Lamberson works it well here, especially when a bioengineered version of his murdered wife appears, not to mention a duplicate of the soul-stealing serial killer who took her life.

Fans of the series should be satisfied, as old friends make appearances, imaginative monsters attack at full force, and the action level gets amped up to 11, making this final chapter a violent blast of pulp action horror that sends Helman out on top. I'm going to miss this guy. 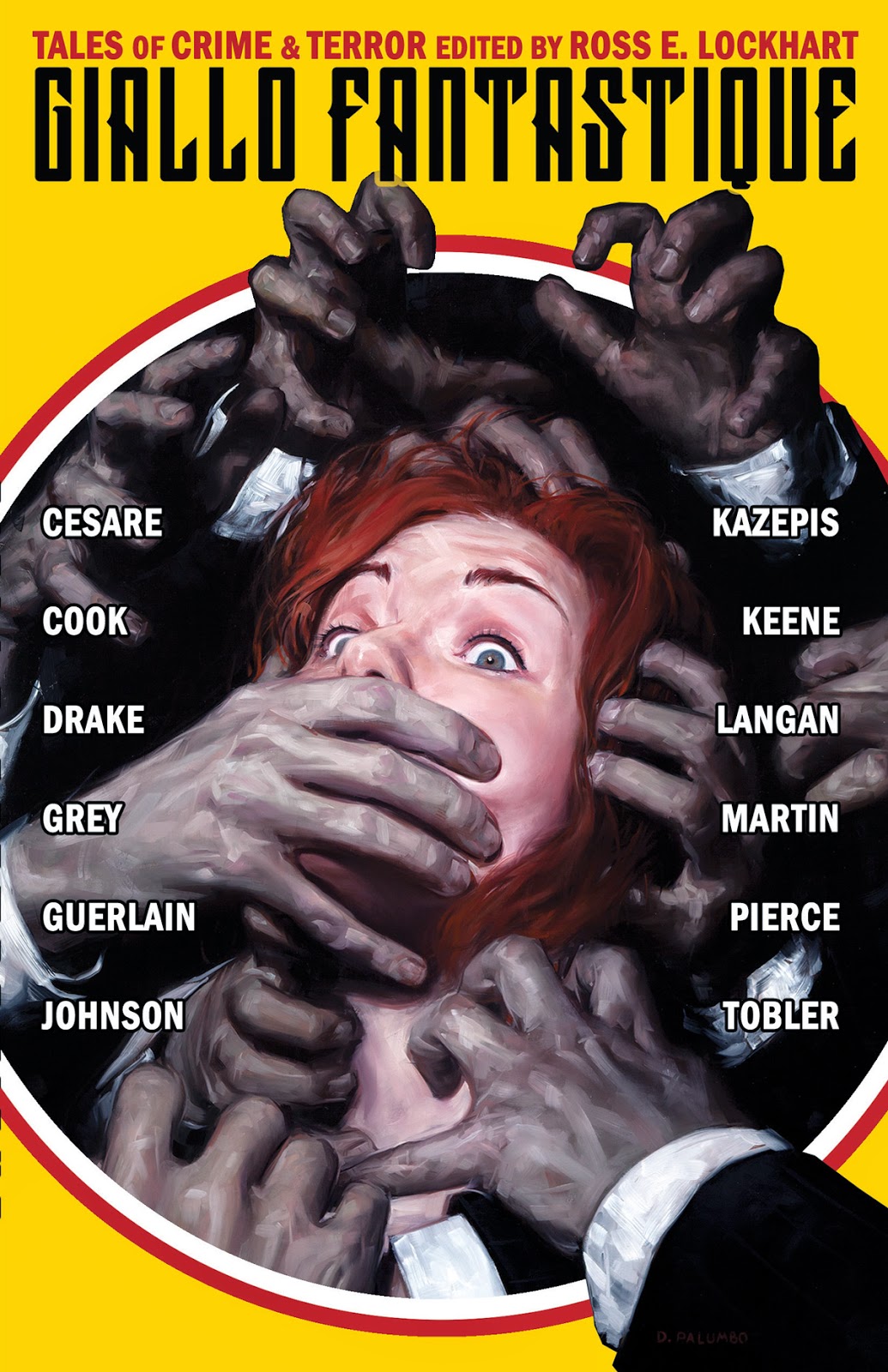 Trusting the editor, recognizing almost all of the contributor names right off the bat, I knew I was in for a great read … and was not let down. If anything, my expectations were surpassed and left humbled. Not only did I learn a lot merely from the introduction, I found the stories to be a lavish, sumptuous tapestry of luxurious surrealism and strangeness.

The ‘giallo’ portion of the title refers to yellow not so much as a color but as a feel, as a literary and cinematic theme involving crime, mystery and decadence. The ‘fantastique’ part is where elements of the eerie and paranormal come into play.

The result is a book of thirteen stories that hit all the right notes of the uncanny, executed with the effortless-seeming skill of creative talents who aren’t afraid to let their minds wander down mysterious paths and take yours along for the ride.

I mean, come on, here; it’s got stories by Adam Cesare, John Langan, Cameron Pierce … it’s got a Brian Keene tale about The Exit, a character kind of like a spider at the intersecting web-strands of the author’s various universes … sordid crimes and passions from Michael Kazepis … Anya Martin delving into a world of more-than-musical transcendence … a multi-layered, multi-leveled investigative exposé from Ennis Drake … and so very much more.

MP Johnson’s “The Strange Vice of ZLA-313,” a striking departure yet fitting companion to the rest of the book, delivering deft world-building, humor, cleverness, and well-thought-out sexy robots.

Now, it may be fair to warn you that GIALLO FANTASTIQUE is not an easy read. You’ll have to pay attention, you’ll have to think and work, you can’t just coast along. Well, okay, maybe you could, but you’d likely get lost, and miss out on a lot of luxurious texture and depth. Don’t do that. You’ll be doing yourself, and these stories, a real disservice. Indulge. Enjoy. They ARE decadence. Martin is a mildly challenged janitor who loves dinosaurs and has a fascination with the film Jurassic Park. Imagine his surprise when he meets two scientists who have created a time machine; he begs them to send him back to the time of the dinos, but things take turns that get stranger by the minute.

About halfway into this debut novella, the tale becomes a twisted, violent version of the creation story. Day's tale delves into some deep issues yet never loses the reader with its outrageous scenarios. In fact the whole thing is ridiculously entertaining and a welcome addition to the continually growing bizarro world.

Fans of the weird will want this. 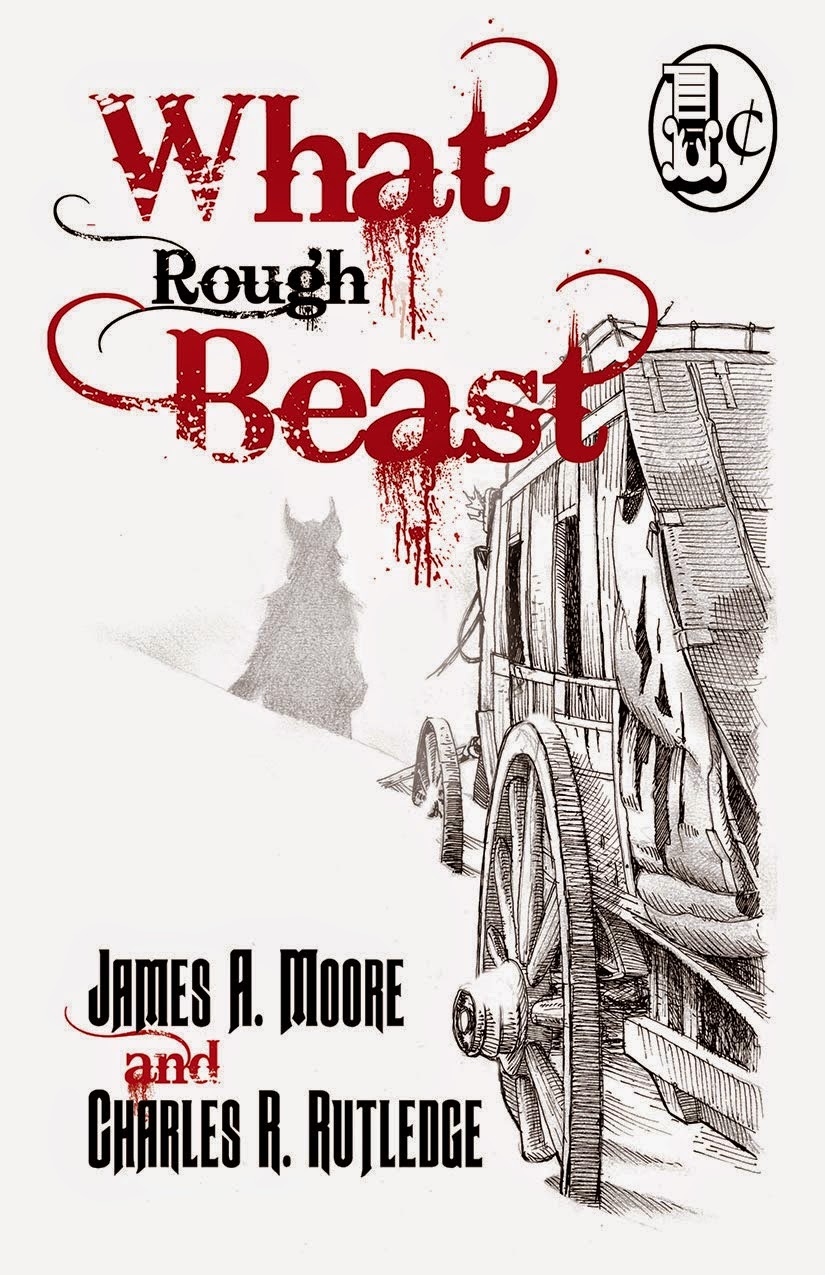 Deputy Tom Morton is waiting at the saloon for his wife Hanna to arrive home by stagecoach during a raging snowstorm. He asks some of the townsmen to join him in searching for the late stagecoach, worried it had run into trouble. But nobody wants to go due to recent wolf attacks. But then Kharrn, a stranger in town, volunteers, and so does Tom’s friend Deke. As they head out into the dark, they are joined by Crowley, a mysterious man Kharrn seems to know.

When they are set upon by wolves, Kharrn and Crowley don’t seem surprised at all. They are also not surprised to see that the wolves aren’t just wolves, but something far more dangerous  - and evil.

WHAT ROUGH BEAST is very short, but packs a wallop of a story in its few pages. Gruesome and terrifying, but also somewhat melancholy, you are left to wonder which species is truly cursed in its existence.

I would be remiss if I didn’t mention just how gorgeous this chapbook is. Intricately-patterned tissue paper, beautiful fonts, textured paper, and fantastic illustrations are the perfect touches to this story. The chapbook to 150 copies for sale, so buy it before it’s sold out. You will regret missing out. 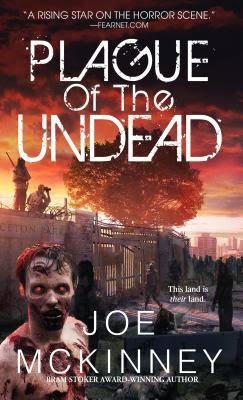 I’d been eagerly awaiting this one since I first heard of it at World Horror Con. While I enjoy the immediate post-outbreak civilization collapse as much as anybody, the prospect of seeing something set way later was bonus-points intriguing. I really want to read about what kind of societies would develop, years or generations on.

In that particular regard, I have to admit I was a little disappointed. Plague of the Undead is set thirty years after, but in a lot of ways, it’s hard to tell. Most of the various groups and enclaves of survivors could just as easily have formed and functioned pretty much the same way just within the first few months.

Now, don’t get me wrong; in THAT sense it’s a slam-dunk solid read. It just isn’t the whole cultural, anthropological, world-buildingy kind of thing I was craving. But c’mon, it’s Joe McKinney here. The guy couldn’t write a bad book on a bet.

The sheltered had-it-safe folks from the community of Arbella venture out into the wider world to see what’s what … and find it to be even uglier and more dangerous than they’d imagined. Their discussions about how to handle first contact – not with zombies, but with other living people – is made a moot point.

It’s another hard awakening for Jacob, who’s been groomed to take over as sheriff and already had to do some unhappy things in the course of duty. But even he is not prepared for the harsh realities of being captured, abused, enslaved.

And none of them are prepared for the sight of giant futuristic airships … or millions-strong herds of shambling undead following some strange almost-migratory compulsions … and they’re least of all prepared to discover hidden evil in their very midst.

The book features, in addition to the actual title novel, four bonus stories taking different looks at this falling-apart world. “State of the Union” is the harrowing adventure of a team of young diplomats caught on the other side of the world when the outbreak begins … “Jimmy Finder and the Rise of the Templenauts” looks at some of the scientific efforts to bring the world back under control … “Resurrecting Mindy” is a touching tale of tragic romance … and “Bury My Heart at Marvin Gardens” takes dedication to a loved one’s last wish to a surprising extreme. 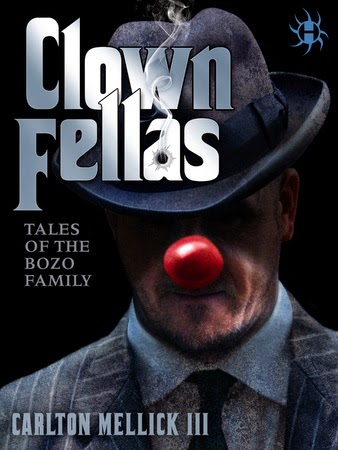 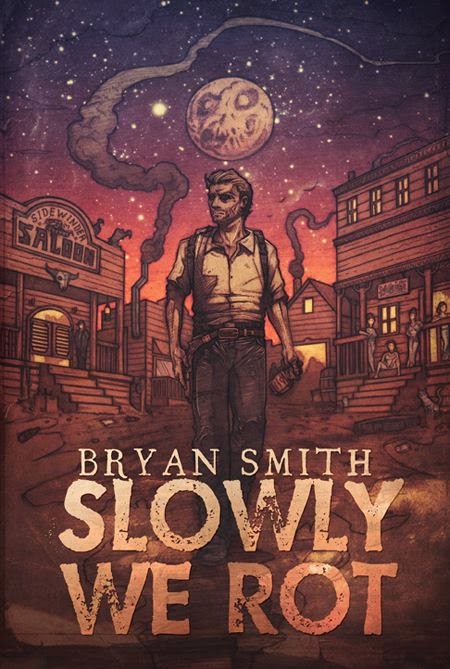