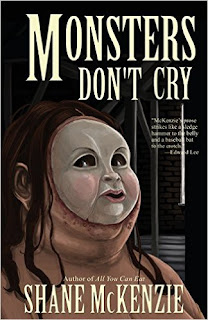 Shaaaaaane, didn’t you say something in one of your author’s notes a few books ago that you were done with the fatty-fatty-boom-ba-latty grossness? I believed you, man! I believed you, and what do we get?

In this latest and possibly most violent and gore-soaked romp yet, Natasha isn’t just fat but deformed, freakish, and messed-up in many ways. She’s her mother’s personal living-legacy body horror, and does her mother – youth-obsessed, beauty-obsessed, aging-soap-star Celeste – ever take it out on her!

All Natasha wants is to be loved. To be pretty. She also doesn’t know her own strength … or her own rage. When one hurtful betrayal too many pushes her over the edge, it’s next stop total carnage.

It’s your basic Disney Princess story, essentially. Cruel mom-figure, ineffectual dad-figure, isolation, yearning, a journey of self-discovery and heart-searching into a strange new world in hopes of finding her prince.

Until Natasha finds him, but he’s not sure if he’s been saved or not. All he wants to do is escape, taking refuge with a friend’s frat … who are planning their lake party in the woods … where all the plot lines converge into an amazing epic finale of bone-cracking, blood-splattering, organ-squishing torture and mayhem.

Will true love conquer all? Will there be a happily-ever-after? Will anyone survive? You’ll have to read to find out, since I sadly think we might be stuck waiting a while for the full animated feature with musical numbers (but wouldn’t that be great???) 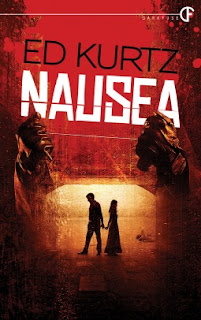 OK ... this isn't a horror novel. But it seems so many horror writers are trying their hand at crime/noir/thriller fiction it's nearly impossible to not read some of it. Several years ago Tom Piccirilli pulled me into the noir genre with his fantastic novels, and it has since snowballed. Thankfully, most noir novels/novellas I've read from horror writers testing the crime waters have been quite good. Kurtz' latest is no exception.

For the past twenty years, Nick has been a hired killer. He receives instructions and barely knows his employers or his targets. As Megadeth used to sing, "Killing's my business, and business is good." But lately Nick seems to be having a little problem. His last couple of kills have caused him nausea, and he's finding himself hitting the bathroom for a vomit session after each hit as guilt and other inner demons start to show their faces.

Told in two timelines (one how he became the killer he is today, the other showing Nick dealing with this new illness), Kurtz fills this gritty novel with a sleazy cast, some slick surprises, and an ending that's as dark and depressing as it is necessary.

A lot of protagonists in noir are anti-heroes, but Nick isn't, and while most readers won't be too upset with what becomes of him, it doesn't make us care any less about his lurid, violent lifestyle and profession. 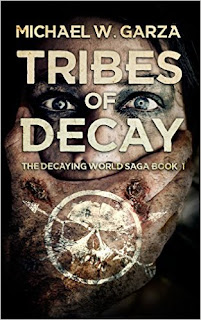 It’s YA dystopia meets zombie apocalypse in this first of what’s projected to be a new series.
Decades after the infection/outbreak and collapse of civilization, the Cheyenne Tribe lives atop and scavenges from the buildings of the old world.

If a misfit young hunter hopes to win the hand of the chief’s daughter, he’ll have to prove himself. And, when a hitherto-unprecedented gathering of the dear threatens to overwhelm their society, a desperate journey into the outer world.

Kind of plodding and predictable, with way too much ‘tell’ and not nearly enough ‘show,’ I found it hard to muster much interest in or sympathy for the characters. Ended up skimming more than full-on reading. Has some potential, but lots of room for improvement. 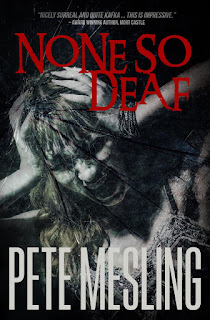 This collection of seventeen tales features a lot of payback, revenge, and karmic comeuppance. Bad people might get what they deserve, but usually not without leaving the good people untouched.

I found some of the shortest stories the most powerful, such as the creepy family-secrets darkness of 'The Patience of Adam,' the semi-random weirdness and semi-weird randomness of 'Day of Rage,' and the all-too-eerily-plausible 'The Tree Mumblers' (maybe because it’s set in Seattle and I could totally see that happening)

'Holy Is As Holy Does,' about a frontier would-be preacher/prophet who finds himself a little too successful, and 'Slipknot,' in which a hang-’em-high sheriff is eager to put his noose to use, were both effective historical pieces capturing more of the grit and blood than romance of the West.

Quite a few hits and only a couple misses, I thought. They reminded me, in a good way, of Twilight Zone episodes and old horror comics, where there’s a twist at the end or a grim little morality lesson or both.