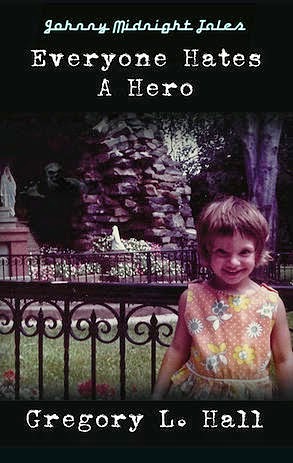 Johnny Midnight is the "Elvis of the Paranormal World," an X-Files-type investigator who, when not chasing zombies and demons, is taking gorgeous models to Hollywood premieres and partying like it's 1999.

After a hilarious opening roll in the hay with an Amish girlfriend (!), Johnny finds out his ex fiance is in trouble: she has a four year-old daughter he didn't know about, and something evil is harassing her. But before he can lend his paranormal expertise to the situation, he has to deal with a pesky chupacabra, a pissed off zombie, and a co-worker who continues to flirt with him by talking dirty into his ear that has been partially damaged by a pencil-wielding psycho.

HERO has a couple of scenes that had me laughing out loud (Chapter Twelve is absolutely hilarious). Hall balances the comedy and supernatural happenings quite well, making this novel an irresistable blend of genres. If you're a fan of the humorous horror thing, I'm happy to report this delivers both in bundles, and the pace is relentless (in a good way). There's even a nifty twist in the final two chapters, and a promise of more adventures to come.

With a great cast and plenty of cool creatures, EVERYONE HATES A HERO is a satisfying introduction to a funky, freaky, funny world I'm looking forward to visiting again. 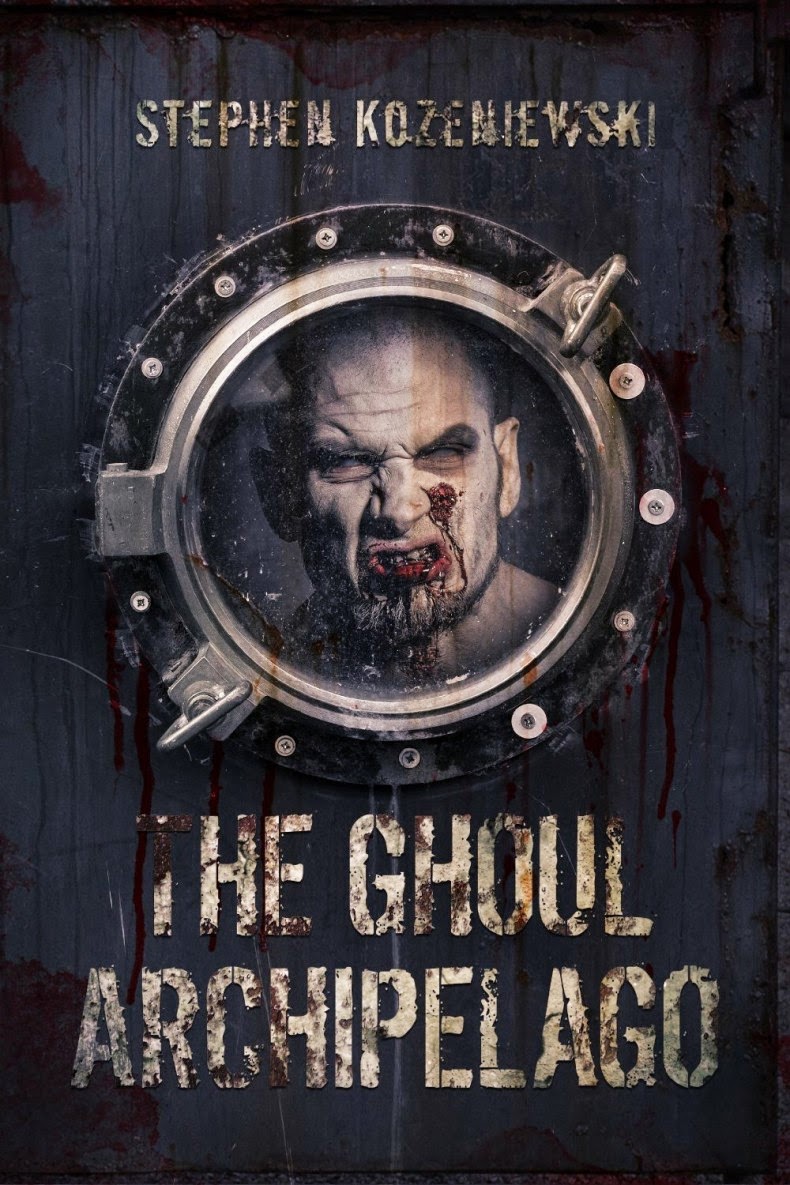 But, it is! Which not only adds another layer of fun, but ties all the rest together into a cohesive package. In less capable hands, the large cast of characters and simultaneous but interweaving plot threads might get jumbled; here, it works smoothly and well.

In one corner, the opportunistic entrepreneurial businessman computer genius, who's invented the Sex Drive – a collar that taps into the nervous system to deliver ultimate immersive fantasy with a host of licensed celebrity images. His main concerns about the outbreak of the living dead have mainly to do with the possible impact on sales and delivery.

In the other, the evangelist who's taken his missionary work to a whole new level, and who sees the “Lazarenes” (great minds think alike, Mr. Kozeniewski!) as the new blessed, his flock. To help spread the gospel of what fast becomes a cult, he needs to strengthen and maintain his influence on the various scattered island communities.

And, cruising back and forth on the turbulent seas, are the various ships with their various allegiances. The chaotic collapse of civilization has left governments in shambles, chains of command disrupted. If might makes right, commanding an aircraft carrier makes a hefty amount of might … but then there's the converts, the shifting loyalties, stowaways, mercenaries, old grudges and fresh hatreds.

There's also plenty of drippy dismemberments, disembowelments, decapitations, and all the manner of gory good times one might reasonably expect from this combo of genres. High body count in vivid detail, quite a bit of clever humor, many good strong female characters even in what might seem like a natural testosterone-wallow, and some surprises to round it out.

All that said, it is a lot to keep track of and can make for something of a complicated read, requiring a bit of attention and work on the other side of the pages as well. Which I, for one, am in favor of! 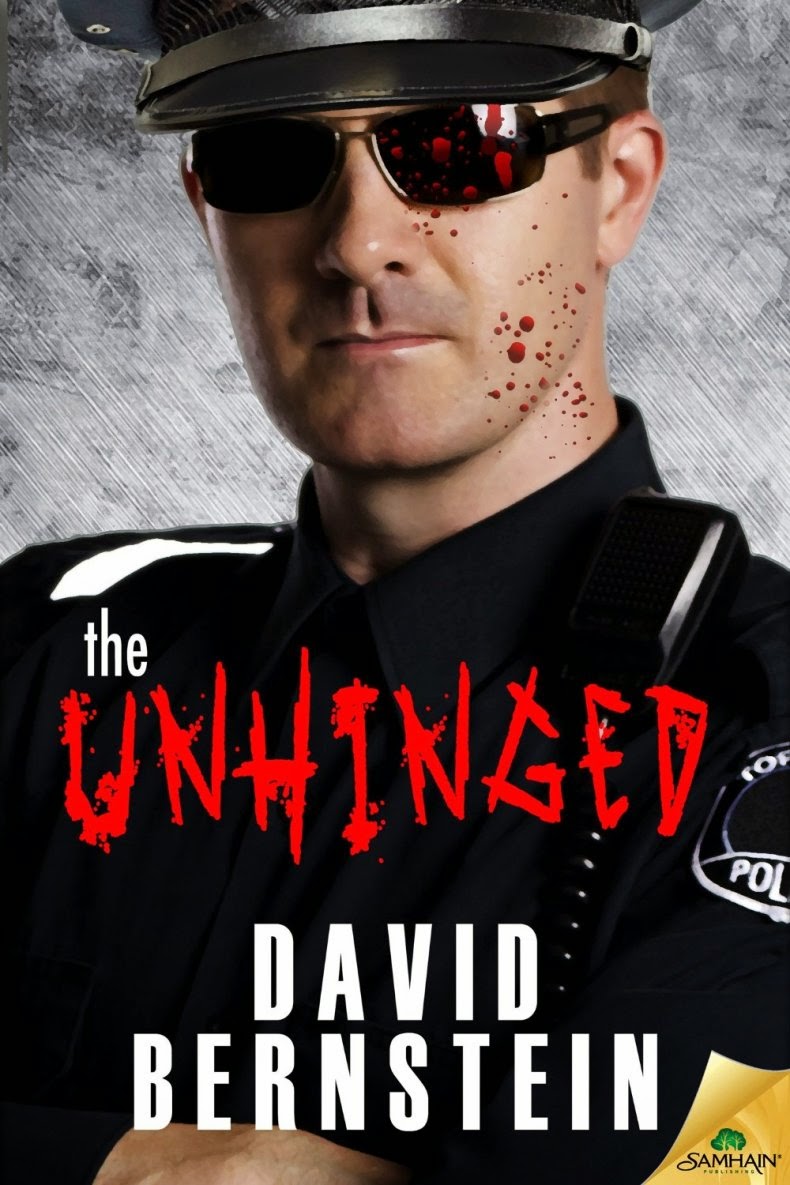 Aaron Dupree is a young guy who has recently gotten out of prison after serving six years for a stupid incident as a teen. He is pulled over for speeding on his way to work one morning, and knows this could put him back on the inside. However, Aaron tries to talk his way out of a ticket and fine, hoping the cop would give him a break.

Aaron isn’t given a ticket, but has to promise the cop he will do him a favor when asked, or risk getting put back in jail. Reluctantly, Aaron makes the promise, and from that moment on, his life becomes pure hell.

As the favors asked of him escalate horrifically, Aaron tries to protect his mother and his girlfriend from harm. Eventually, though, Aaron is asked to do something he is unable to do, and discovers his mother and the dirty cop have met before. Together, they decide to stop the cop before he completely destroys Aaron and everything he’s worked for.

THE UNHINGED starts out as a basic rejected guy/stalker story, but becomes so much more than that. This is one of the most brutal stories I have ever read, and that’s saying a lot. The atrocities inflicted by the dirty cop and his partner – the man with the scar – are the worst things humans can do to one another.

I’ve been reading David Bernstein’s works for a couple of years now, and was taken by completely surprise with this one. With THE UNHINGED, Bernstein has firmly established himself as one of the current crop of great horror writers, and especially in the sub-genre of Splatterpunk. 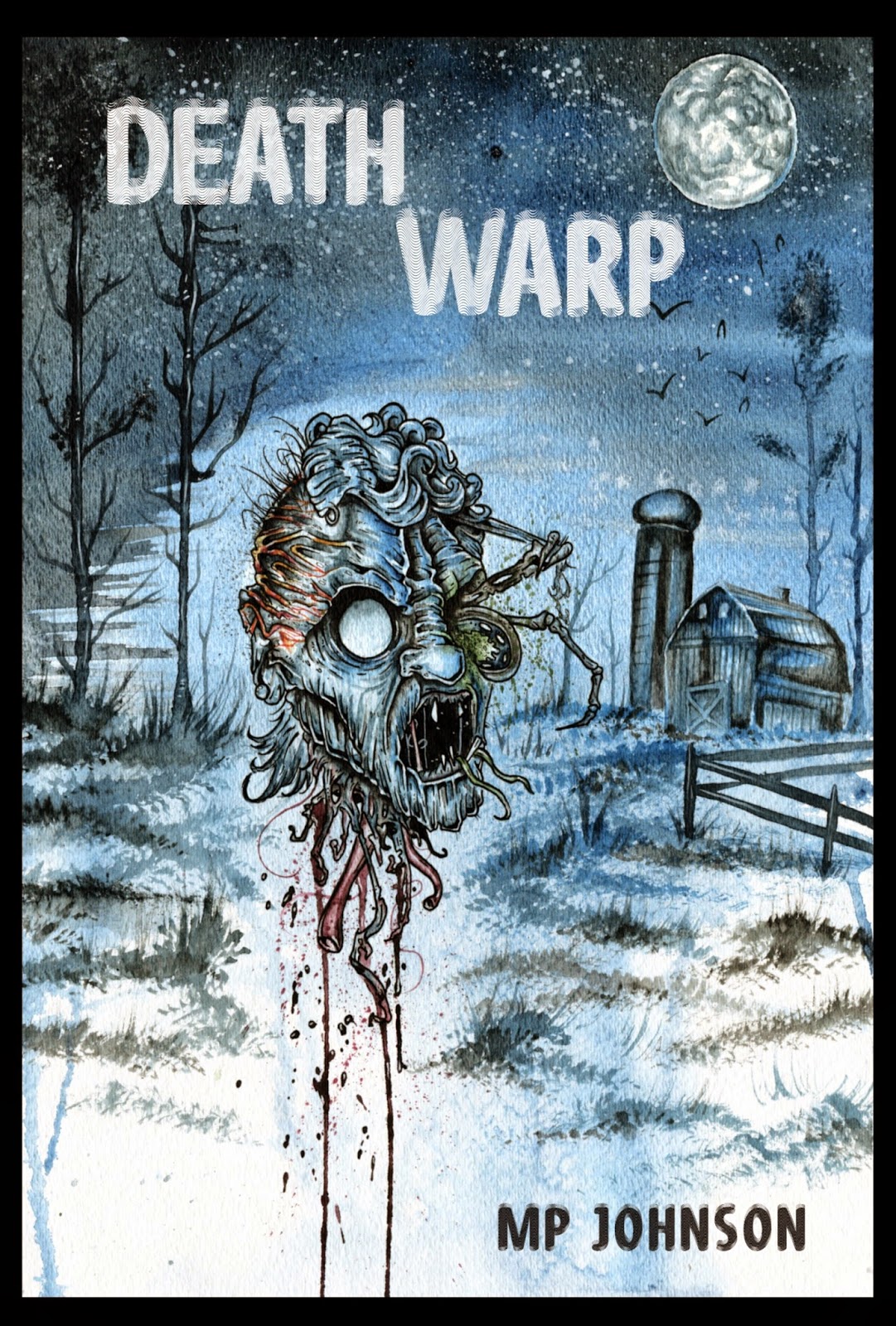 On their trip, they have a strange encounter with a giant albino ass, then things get even weirder when they stop for help at an isolated farmhouse and meet an old woman whose empty eye socket just might be the door to another dimension.

Johnson has been on a roll lately and is becoming a best bet for those into bizarre tales that offer substance along with the odd goings-on. DEATH WARP is another wild offering that's a load of fun and way off the beaten path. 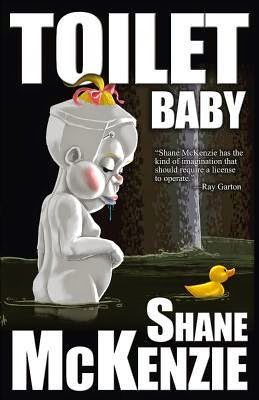 Remember that age-old myth / urban legend about how it's possible for a gal to get pregnant from a toilet seat? Well, what if it was the other way around? What if a guy could impregnate his toilet?

These are the kinds of questions that occur to some people. Some weird, weird people. People like Shane McKenzie. And, when such questions occur, there's nothing to be done for it but turn it into a most unforgettable book!

An oddly adorable, charming book, at that. An endearing, enduring family fable about acceptance, protectiveness, normality, the transformative powers of fatherly love … and toilet babies. Half-human, half-toilet, but kids nonetheless.

Grady, a lonely school custodian, is no stranger to cleaning up messes. Nor is he any stranger to toilets, until his own at home takes on a rounded bulge that doesn't seem possible for porcelain. His investigations online lead him to a website with a number to call but no other hints as to the problem. He calls, and before he knows what's happening, a plumber shows up to midwife the delivery.

The plumber is Herb, who has dedicated himself to finding and helping toilet babies and their hapless dads. Several of them live together, raising their children, and they welcome Grady and little Patty into their midst.

The best part of this twisted and brilliant book is the well-thought-out nature of the toilet babies themselves … their mix of features, their dietary needs (yes, it's just what you're thinking), their desire and struggle to fit in and be normal, and how that contrasts with their fathers' efforts to keep them safe and secret from those who might not understand.

The trouble with kids, though, as any parent knows, is that they grow up and start thinking they know more than they do. That's what happens when John, who's met a girl online and wants to meet her, ends up taking his toilet brothers and sisters on an adventure that goes terribly wrong.

It's like Joe Hill's fantastic and poignant tale, “Pop Art” … only, well, with toilet people instead of inflatable ones. With punny names, disgusting details, hilarity, humanity, and the strong likelihood that you'll feel uneasy about going to the bathroom for a while. 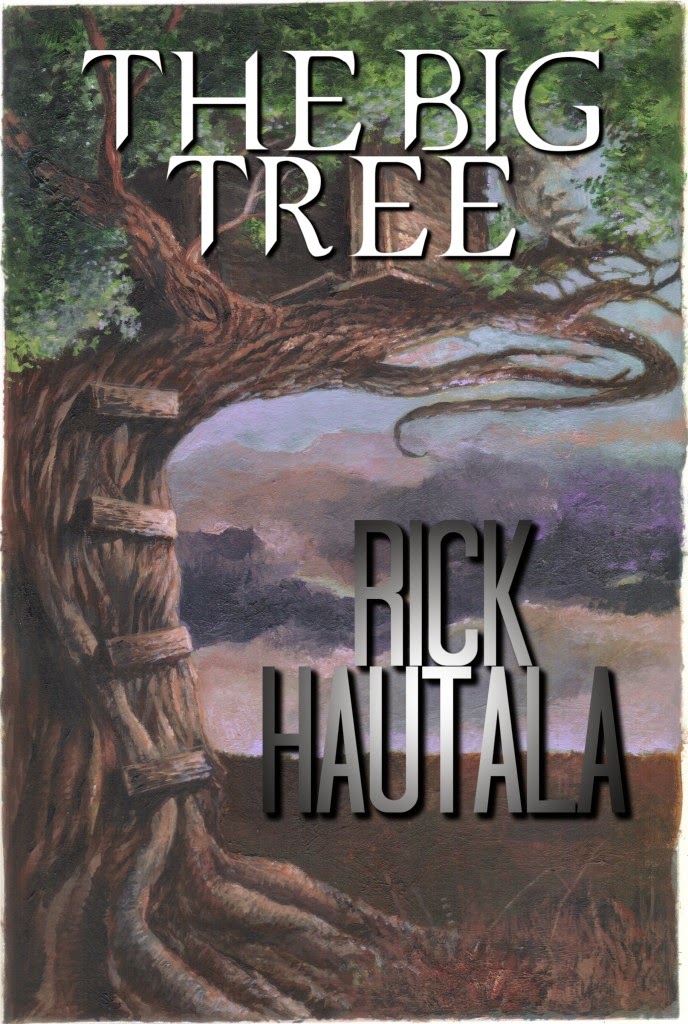 Set in 1960, this tells the tale of a young boy who, along with his family, rides out Hurricane Donna in his home, worrying if they'll survive and further worrying about a big old tree he and the neighborhood kids play on. His older brother Bobby bullies him and makes the time inside drag.

But during the first night of the hurricane, the young boy goes outside and swears he sees someone climbing on the tree despite the brutal weather. After his father brings him back inside, he discovers the tree has lost a huge branch, and wonders if their treehouse will survive the storm. It turns out the figure he thought he saw on the tree is actually a young girl named Sylvia, who claims the storm has left her homeless. And when the hurricane finally passes by, he finds her alone in the woods, in pain, and learns her odd connection to The Big Tree.

Along with a supernatural element, Hautala uses the young boy's dealings with his older brother to turn him into a man before our eyes, making this somewhat of a coming of age tale. Fans of the late author's subtle scare-style will be satisfied, and it's nice to have this final tale from one truly missed veteran of modern horror fiction. This edition includes heartfelt pre-and post notes from Christopher Golden and Thomas Monteleone.