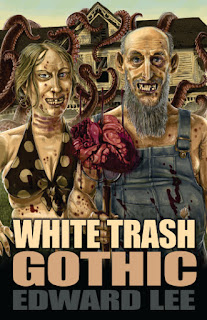 The publisher who sent me the advance copy of this one told me there was almost no violence in it at all. I soon realized it wasn't that he was wrong, per se, but that we maybe needed to have a little sit-down chat about what constitutes violence to, y'know, normal people, not deviants like us.

Because, within the first few chapters, there's a variety of reprehensible acts, including but not limited to a 'dead-dickin' and a 'long-neckin', which, despite their folksy monikers, are pretty nasty. And it continues in like spirit from there.

Then again, this IS an Edward Lee book, so, a certain atrocity level is to be expected. Plus, and I say this with affection, even the casual Edward Lee readers have to be kinda twisted. The hardcore ones are seriously bent (again, with affection, and cameraderie because I am one).

Those hardcore sickos will be especially delighted with WHITE TRASH GOTHIC. It's not a good entry-level Lee book, because this is the beginning of a culmination. There've been interwoven threads and connections throughout many of his other works; here is where those threads all start drawing together.

It's been described as Lee's DARK TOWER, and I cannot disagree. Personally, I think it's even better than that, but that's because I'm biased and chortle like a maniac whenever I spot a reference or recognized a name.

In this one, we once again join the mysterious Writer, a pretentious and totally-not-Mary-Sue underappreciated master of the craft. The Writer has developed amnesia, and in attempting to regain knowledge of his former life, decides to follow the clues to his last recorded location.

Which is scenic Luntville, where he apparently left a bar tab and the first page of a new novel, titled White Trash Gothic. Yes, it gets pretty meta pretty fast, meta "a.f.", as the kids say, if not quite as meta a.f. as did Sixty-Five Stirrup Iron Road (fourth wall? what fourth wall? that collaboration was the Deadpool of extreme horror).

WHITE TRASH GOTHIC plays sequel to several predecessors, perhaps most directly to The Minotauress, but Lee's Lovecraftian stuff isn't left out, and my beloved Mephistopolis gets a nod, and there are references to Creekers and headers and all that good stuff, along with all the weird sex and depraved hillbilly hijinks we've come to know and love.

That said, yeah, it isn't the best introductory Edward Lee read; a new reader might risk getting lost. For the seasoned freaks, though, it's like ... if you've seen that pic on the internet of the possum who got locked in a bakery overnight, it's like that. You may feel gross and a little ashamed of yourself after, but overall, regret nothing. 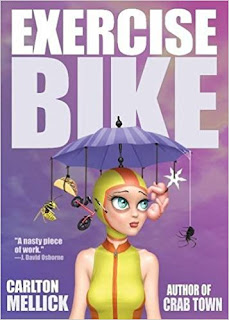 Okay, let me give you a little bit of background first before we get started here. I have been a huge fan of Bizarro Fiction since around the time I first read The Steel Breakfast Era, which I believe came out sometime around 2003. This was a split book featuring two brilliant novellas that were so different from anything and everything else available on the market at the time; I was instantly hooked. One was written by Simon Logan, and then the other and main topic of conversation here, Carlton Mellick III, who I have been an avid reader of ever since the release mentioned prior. And I have to say, this might actually be my all-time favorite CM3 title to date.

One of the elements that works so well in this book is the author's ability to create such an in-depth, weird, and original otherworld, but, manages to write it in a way that is very simple, realistic, and vividly clear to the real world via context clues and literal adjectives that anybody reading can and will understand, inside of a very well-written, classic textbook, adventure style storyline. In this case, we are talking about a Dystopian setting, in which, all junk food has been banished, health Laws exist, and calories are government mandated to two-thousand calories per day, literally clocked via food cards when purchasing food anywhere and everywhere, just like credit cards. If you don’t have the money (or, in this case the calories) left on your card, you’re not eating. This leads us to our main character, Tori. Tori is a loveable character who does some weird stuff and the author makes us love her even more. She has a high metabolism, so she is always hungry. Far much hungrier than two-thousand calories per day can even come close to filling. So, Tori eats wasps that live behind her walls, she bums food off strangers, she watches her calories very closely, and tries to get the most bang for her buck. Which leads us to her need for a new exercise bike, one that you put your calorie card in and earn more calories, so she can get more food, but, there’s a catch. They are way too expensive. Out of calories and dreading starvation for dinner, Tori makes a terrible decision that will change the rest of her life. A special exercise bike, in which, she will actually make money, a lot of it. All she has to do is keep the new bike happy. Which, is harder than you think when the bike is made of human flesh, needs to be cleaned, fed, and even goes to the bathroom. It’s even harder when your exercise bike is an asshole and makes you do stuff you don’t want to do. 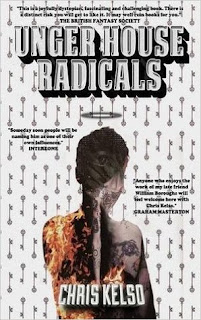 When you've heard good things about a book, and find three pages of praise-quotes for the author from several sources you recognize and trust, expectations may run high ... and when you then get treated to a few more pages of newspaper clippings, crime scene and autopsy photos, and the like, well, the appetite becomes well-whetted for what turns out to be an extremely bizarre meal.

It starts off with a taste of film appreciation, followed by a dash of rustic family drama, and then gets down to the meaty main courses of sociopathy and serial killing, served with side dishes of artistic vision and philosophy, and a selection of sauces including cults, otherworldy experiences, malleable dopplegangers, obsessive love, and

Unger House itself is a murder house, chiming in with its own perspective on some of the heinous deeds that have taken place within its walls and how it becomes a place of almost pilgrimage, where admirers of the original killer and successors keep being inexorably drawn.

Simply reading it is a surreal experience, shifting among the varying narrative styles, timelines, and character perspectives. At times like a novel, at others like an essay or a true-crime work, it's another of those complex, multi-layered books where you better pay attention. No lazy skimming here, or you will be left floundering.

It's also a challenge in that even the most likable characters ... well ... aren't; hardly surprising given the subject matter. Unlike, say, DEXTER, these aren't your somehow endearing almost-vigilante types. No matter how committed they may be to the integrity of Ultra-Realism in life and art, they're pretty much all monsters. Entertaining to read about, but monsters nonetheless, and the kind that give a person deep-down chills to contemplate how many people might be out there who adhere to their philosophy. This was an absolutely great collection of extremely versatile stories. The stories flowed seamlessly, taking the reader on an adventure they are bound to never forget through tales full of thick, witty, and rich dialogue from characters with more depth and heart than the ocean. There’s a little bit of something original for everyone in here. A little bit of Horror. A little bit of Bizarro. A little bit of Science Fiction. A little bit of modern Noir and content movie buffs will appreciate. All from the extremely loveable and fractured mind of the great and fantastic Laura Lee Bahr.

Some of my favorite stories in this collection were 'The Liar,' a tale in which the younger of two sisters doesn’t know who to trust and may have some torture genes within her bones just like her older sister. 'Rat-Head,' a bizarre and surreal trip in and out of memory lane with your dream partner, who happens to look way more appealing to you in the mirror world because he doesn’t look like a pesky rodent, but, even when he does, you still want to sleep with him. 'Blackout in Upper Moosejaw,' a humorous tale, in which two competitive business professionals have intimate encounters with their professional robotic assistants behind closed office doors (high-five for robot sex!), and 'Happy Hour,' a horrific take on the classic guy meets girl in a bar and buys her a drink scenario, you might just get a little more baggage than you bargain for sometimes.

All in all, this is a very well-written, thought-provoking, entertaining collection. 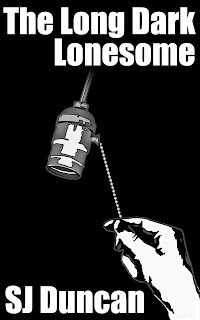 I didn't realize at first that this was a book of mostly poetry, but hey, since I admire and appreciate poetry, I sure wasn't going to let that stop me. And, as I soon discovered, it was a book of more than poetry, no mere collection of assorted verses. Each was its own thing, to be sure, but all together they formed a greater story gestalt.

Oh, and these aren't happy poems. These are horror poems, not horror so much in the ghosts and ghoulies sense but horror from within ... the long dark lonesome of the title is a recurring theme throughout ... these are the horrors of the soul, of loss and regret, despair, grief, sorrow, the black undercurrents and riptides of the psyche.

These are one of the best examples I can think of that invoke the often-quoted thing about opening a vein and bleeding on the page. They are beautifully done, but they are pain and anguish. The friends to whom I would most want to recommend this book are the same friends I'd be kind of worried about to have read it, because of the emotional impact, the inner workings eloquently laid bare.

The book's presented in three sections, each ending with a piece of prose. Like the poems, they touch on deeply personal aspects of life, particularly the life of an artistic/creative ... our self-doubts and distractions, the lies we tell others and ourselves, putting things off, waiting for times to be right, opportunities slipping by.

Maybe I shouldn't have read the whole thing pretty much straight through, least of all during a difficult phase in my own struggles, but I couldn't stop. Didn't want to stop. And it was that emotional impact, that beautifully done bleeding soul laid bare ... even as it resonated, it helped, because we all go through it to some extent or another, and we can get through, and we aren't alone. 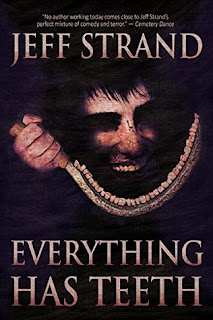 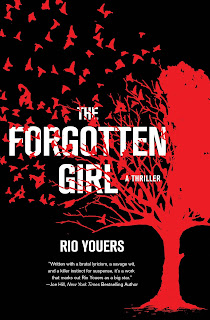 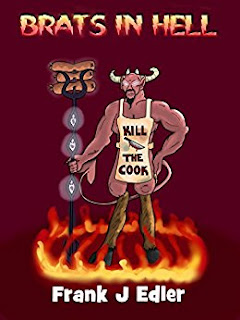