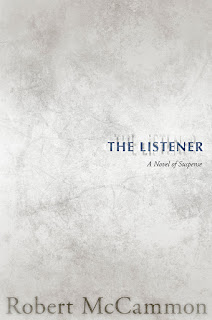 I admire the heck out of Robert McCammon and have repeatedly gone on record opining he's one of the most underrated writers of his generation. I still stand by that, but have to say, for me, this newest offering is just kind of ... okay.

It's well-written, make no mistake. It has the genuine immersive feel and detail McCammon brings to his historical fiction (if maybe somewhat overly cautious when touching on the racial issues and ugliess of the era). The characters are interesting and seem like real people, the story's solid enough. It's just missing the full depth and punch and wow factor I've come to expect.

The historical era in question is the Great Depression, and the book opens with a con-artist type Bible salesman plying his trade (definite shades of Greg Stillson in King's The Dead Zone). Then the salesman crosses paths with a couple who run a traveling sex-ed show (shades of Ed Kurtz's The Rib From Which I Remake the World).

One thing leads to another and there's some murder and betrayal and shady deals, and before long the criminals have hatched the notion for a big kidnapping score. Little do they know, a young black man with an unusual ability has a mysterious connection with one of their targets (and yes, more shades of King, The Shining in particular ...).

I guess I just wanted more from this book. I wanted more backstory on the kidnappers, I wanted more conflict and tension and resolution. I wanted more than the slightly winceworthy 'magical Negro' trope, while at the same time I wanted to know and see more of his abilities, wanted more proactivity.

Maybe I'm just greedy and spoiled when it comes to my favorite authors; I expected so much more. Wasn't a waste of my reading time or anything like that. Just wasn't what I think it could and should have been. 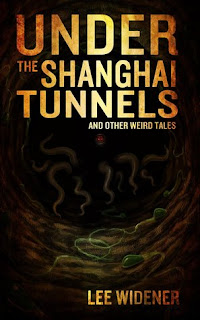 I knew Lee Widener was a weird writer, and a writer of weird fiction, but somehow it took until now for me to realize he was also a writer of "weird fiction" in that sense, and it makes me wonder what else I've been missing!

UNDER THE SHANGHAI TUNNELS AND OTHER WEIRD TALES certainly sets things straight on that account. The opening tale (fittingly titled "Under the Shanghai Tunnels") appealed to me instantly because I have been on the underground tours in both Portland and Seattle; they're fascinating combinations of urban spelunking and often-sordid history (smuggling, bootlegging, prostitution, kidnapping, etc), with more than a whisper of the paranormal.

This story, though, takes it to new levels ... deeper levels ... when the descendant of someone who went missing long ago discovers remains, and a journal in the classic Lovecraftian descent-into-horror-and-beyond, and the all-too-real truth.

Then, in a jarringly hilarious change of page, we get my personal favorite of the collection, "At the Shoe Shop of Madness." I love twists on fairy tales and twisted fairy tales; this one delivers bigtime as a struggling shoemaker turns his business around with the help of a foul-mouthed drunkard of an elf, only to have his success turn out to be its own nightmare.

The next two stories continue that drastic veering back and forth in style and tone. "Eternal Beauty," about a flower of haunting perfection, is smooth and subtle and eerie ... while "The Thing That Came to Haunt Adamski" just kicks out the gonzo stops and goes for the bizarre.

"KONG-Tiki" and "Sleeper Under the Sea" are connected, set late-50's/early-60's as a band leader goes from the eventful opening of a happenin' new club (complete with hula girls, caged gorilla, and carved tiki god) to the investigation into a medium whose seances touch something other than the spirit world. Both are pulpy good fun, and I would gladly read more such adventures.


And now another HORROR FICTION REVIEW LOOK at: 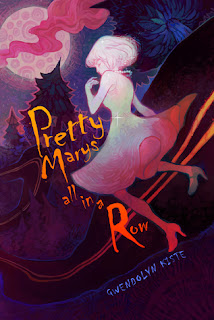 There's a particular shivery kind of dark nostalgia you get when something you'd forgotten so completely you didn't even know you'd forgotten it is brought rushing back complete. Something like a ghostly urban legend, a creepy party game, a nursery rhyme, old tradition, or (and this is the one that got me like whoa) a jump-rope chant.

I mean, woo. Hadn't thought of her in YEARS, that Mary. I wasn't even a good jump-roper. Wouldn't have had any reason for thinking of her. But suddenly, with a single simple touch, and there it all is. Yeesh. Gave me goosebumps.

She's not the only Mary in this book -- the others, I knew or had never heard of -- but that feeling, that shivery dark nostalgia rush, was worth the price of admission on its own. Even now, typing this, the nape of my neck's all prickly. Maybe she won't have the same effect on everyone, but maybe one or more of her sisters will.

Because, you see, those Marys ... here, they're real. Or as real as they can be, trapped in a repetitive night-cycle of haunting and a mysterious house where they gather to share the fruits of their labors, gathered from human fear.

Until one of the Marys begins to wonder about her real life, and develops suspicions about the force holding them to their grim tasks. Until she tries to find ways to break the cycle, in hopes of freeing her sisters and herself.

A clever, twisted melding of modern myth and folklore, resonating way down deep to the schoolyard childhood, slumber parties, and whispered campfire tales, Pretty Marys All In A Row brings that nostalgia factor while also spinning a tense new take, a unique sort of ghost story. Very nicely done.