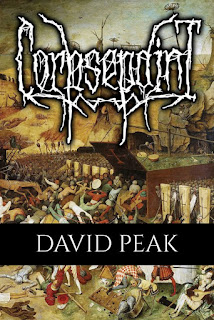 Horror and heavy metal tend to go together, to ‘pair well’ as the foodies and boozies say. Elements such as violence, darkness, nihilism, grotesque imagery, and the occult feature strongly in both. They’re a natural combo. And, in CORPSEPAINT, they’re elevated (as the foodies and boozies might also say). This is horror metal to the ultimate extreme, blackly ominous, evilly thrilling.

Max, whose stage name is Strigoi, was a big name back in the day, his personal reputation filled with notoriety. He was a bad boy even among bad boys, a renegade. The years and the lifestyle have taken their toll, though. Especially drugs. He’d like to make a comeback, but he’s burned a lot of bridges. This new album he’s planning to record in the Ukraine could well be his last chance, if he can pull himself together.

The album is to be recorded at a sort of metal-music retreat compound run by one of Max’s old friends, Seph, but it seems the old friend has some new rules. Including no drugs. It’s very remote, very rustic, not an easy place to reach or to leave. Seems to operate more like a cult than anything else. But Max, and his drummer Roland, do their best to settle in and be productive.

Until, of course, various true natures begin to show through. Max’s, for instance; if there’s a way to get drugs, he’s determined to find it. Seph is equally determined to adhere to the compound’s ways and purpose, which are a lot closer to cultlike than anyone guessed.

And the forces behind it all are a lot stronger. I mean, yeah, okay, people get worked up about black metal and devil-worship; this goes a ways beyond. We’re talking epic and mythic, older, primal, end-of-the-world level stuff.

Very well-written, packed with characters it’s hard to like as people but easy to understand and relate to even with their fatal flaws, CORPSEPAINT will … well, I won’t say make black metal fans happy; that feels like a contradiction somehow … but it’s throw-the-horns wild and should certainly satisfy. 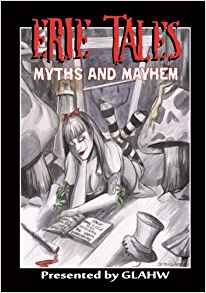 In my last review of an ERIE TALES anthology, I mentioned being glad to have the next few volumes on deck, and am glad to report that, so far, they don’t disappoint! The theme this time is ‘Myths & Mayhem,' which means some of my favorite things – folklore, fairy tales, etc. – get to feature strongly in these fresh new takes.

Shad Kelly starts us off with “Blood for Oil,” a deceptively clever title because it’s nothing to do with war or the Middle East at all … a mysterious lady joins a grieving man in the graveyard for a poignant, chillingly touching Dia de los Muertos, offering him a rare opportunity for a final goodbye.

Peggy Christie serves up a couple of quick spidery takes on a certain Little Miss Muffet, then changes her pace with a college student faced with a vengeful spirit. In “Time to Pay the Piper,” Tom Sawyer reveals a sinister motive in an updated version of the pied piper tale, while Ken MacGregor reinvents a dangerous bridge-crossing in “The Brothers Gruff.”

“Them Fairies” by Adam LaFrance provides a twisted dark-comedy good lesson in not to mess with anyone who has a fairy godmother, and M.E. von Bindig’s “Teahouse of Serpents” goes far more serious with a beautifully retold selection from Japanese folklore.

A wolf in the woods causes trouble along Montilee Stormer’s “De Paat’” to grandmother’s house. Michael Cieslak presents a grimmer-than-Grimm version of a snazzily-dressed feline in “Puss in Battle Creek.” Then, finishing things off is Nicole E. Castle’s “Three Fold,” when the steep price of magic promises greater rewards.

Each story also includes a neat illustration by Ron Maxwell; I particularly liked the fairy with the frying pan, and the broken gnome. 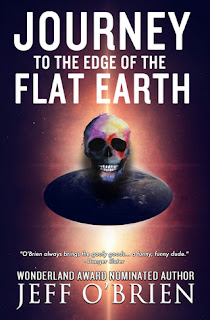 Alright, folks. Here’s the thing. Have you ever read one of those books you just really can’t put a finger on what’s actually going on? I have. But, trust me… that’s not even remotely going to be the case here (even though at times it probably should be) but, the author holds on and keeps us dialed in on this entertainment support hotline we didn’t even know we called up in the first place. O’Brien seems to have this uncanny ability to make the reader’s wildest unimaginable wet-bubble dreams come true at the turn of every riotous page, while managing to unfold this humorously chaotic story before our very eyes. This is hands down one of the funniest books I’ve read to date. "But, Daddy ... I don’t like comedy and only want to read super serious subject matter that makes me look smarter on my morning commute to work. Is this book going to be for me?" Sure, it is, it’s very well-written and there’s enough serious subject matter going on, too. After all, it’s a book about alternate realities and dimensions, with enough horror and music references jam-packed inside for days.

Just look at the book description, “Every reality is real. Somewhere. Jeff O'Brien has been to at least two of them. I think the title tells you all you really need to know. Get woke.”

Let me just end here by saying this… There’s a scene in this book (right after one of the funniest pizza place scenes I’ve read in a while, where the author meets up with this group of creatures and an alien to embark on this ridiculous journey), where the author continues to meet an alternate version of himself, and they’re both holding copies of the same Rolling Stone magazine. But, one of them features Billy Corgan on the cover all by himself, while the other alternate version of the author is holding the same exact magazine, but on the front cover his has a photograph of the entire band, The Smashing Pumpkins, and they have a rather lengthy conversation about it together, before chasing each other through different memories. If that isn’t enough to blow your freaking mind into an alternate sub-sonic oblivion, I don’t know what is. Just check out the book for yourself and see where The Journey to the Edge of the Flat Earth really takes you. 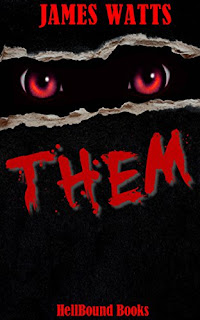 The death of his mother brings Ray back to his childhood home, and plunges him into the middle a classic small-town gothic. He only wants to deal with his grief and loss, and settle her affairs, not get drawn into a bunch of long-held secrets, hidden family histories, and old feuds and rivalries.

He certainly doesn’t want to deal with the neighbor who is all too eager to buy the property, before Ray’s barely had a chance to think about his options. He isn’t sure he’s ready for the feelings of nostalgia and homecoming. There’s also the matter of his ex, still living in town. It’s a lot of drama to take on all at once.

But wait, there’s more … because there’s a sharp edge to these secrets, a sinister twist to the family histories, a deadly pact behind those old feuds and rivalries. There’s THEM. They are restless, they are hungry, they want out.

Some in town want to help and protect THEM, even to the point of murder. Others are equally dedicated to keeping THEM contained. Strange things are happening – animal attacks, dreams and visions, even visits from the dead. And Ray, like it or not, soon finds he has his own part to play.

Small-town gothic it may be, but amped up with considerable blood, guts, and gore. The descriptions are very vivid, particularly once the icky bits get going. Could have used a little more editorial and proofreading love, but the story’s mostly solid, the monsters are fun, and it’s an entertaining read overall. 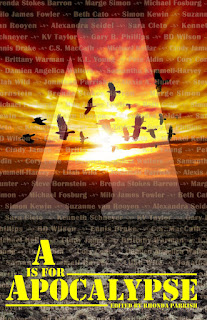 I love themed anthologies and nifty writer challenges, and this one had an extra level of difficulty built in. The overall theme is the apocalypse, end of the world one way or another, subject to interpretation, but then, to make it trickier, each author had a different letter of the alphabet.

I won’t go through the whole TOC here, but will limit myself to choosing a few personal faves from the bunch. Such as, the entry 'for U,' by Damien Angelica Walters; I still have yet to read anything by her that wasn’t spectacular, and this one about a mom trying to shield her little girl from the truth of approaching doomsday hit me right in the feels where that scene in Titanic with the old couple always does.

By contrast, Gary B. Phillips made me laugh out loud several times with his entry for the letter K, about crowdsourcing Armageddon. Other standouts: KV Taylor’s anthropological journal for J, Suzanne van Rooyen’s tragically beautiful entry for the letter F, and Pete Aldin’s creepy and all-too-plausible scenario for the letter S, and that’s where I’ll make myself stop before I end up listing them all.

With a bonus story at the end, the anthology equivalent of staying through the credits at a Marvel movie and getting a full trailer for the sequel … B is for Broken, coming soon! 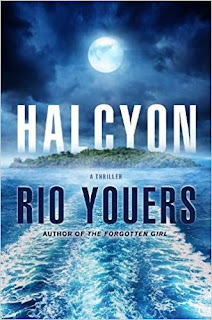